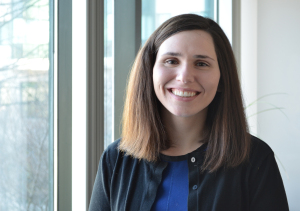 Many Americans believe the United States spends a significant portion of its budget on foreign aid. One frequently cited survey reports that Americans believe this number to be as high as 25%. In reality, the United States spends less than 1% of its budget on foreign aid. This number is already startlingly low, but with every round of budget negotiations it risks further cuts. The world’s needs are great. Too many families know the reality of having their lives upended by war, famine, natural disasters and other crises. Even today, the number of people experiencing poverty is still too high, especially in South Asia and Sub-Saharan Africa. One in seven people experience extreme poverty, living on less than $1.25 per day. Over 50 million people were forcibly displaced in 2013, largely due to conflict and human rights violations. Given the violence in Iraq, Syria, the Central African Republic and South Sudan – to name just a few of the countries experiencing conflict – the data for 2014 may be even more alarming. The 2014 Ebola outbreak was the largest in history and could have been mitigated if affected countries had stronger health systems in place. There is good news. International poverty-focused development and humanitarian aid make a real difference. Thanks to the global community’s commitment to addressing these development challenges, great progress has been made in recent years. For example, in just 15 years, extreme poverty in the world has been cut in half. Meanwhile, proven partners like Catholic Relief Services work every day to improve the lives of people across the world in very real ways. In Syria’s neighboring countries, CRS helps refugees survive the winter by providing medical assistance, cash transfers, food, blankets, heaters and other winter essentials. They’re working to create schools and child-friendly spaces where kids can begin to heal from the trauma they’ve experienced. Aid is especially impactful when used for programs that involve the local community in planning and implementation. Community-based programming builds the capacity of local communities and promotes long-term sustainability, allowing even the small amount the budget the U.S. spends on aid to go a long way. As Catholics, global development is more than just a practical matter of budgets and program efficiencies. It is rooted in our faith. All people are created in the likeness and image of God. We must work to preserve and strengthen poverty-focused aid in order to ensure that everyone is able to live in a way that promotes their human dignity. As Pope Francis tells us, accepting poverty in today’s world, a world of great wealth, is a scandal.

“Poverty in the world is a scandal. In a world where there is so much wealth, so many resources to feed everyone, it is unfathomable that there are so many hungry children, that there are so many children without an education, so many poor persons. Poverty today is a cry. We all have to think if we can become a little poorer, all of us have to do this” (June 7, 2013).

As January, USCCB Poverty Awareness Month, winds down, our commitment to strengthening poverty-focused aid remains strong. Next month, hundreds of Catholic leaders will gather in our nation’s capital for the 2015 Catholic Social Ministry Gathering. Living out this year’s theme, To Go Forth: Encountering Christ in the Heart of the World, these leaders will meet with their elected officials to advocate for policies that bring about a more just world. One of the key messages Catholics will bring to Capitol Hill this year is the need to strengthen funding for poverty-focused international development and humanitarian programs that save lives, reduce crushing poverty and build peace. Julie Bodnar is an intern at the USCCB Department of Justice, Peace & Human Development.