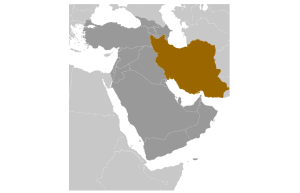 In a letter to U.S. Secretary of State John Kerry yesterday, Bishop Oscar Cantú, chairman of the USCCB Committee on International Justice and Peace, welcomed the adoption of a framework by the United States and its P5+1 partners with Iran over Iran’s nuclear program. The adoption of this framework is important in advancing a peaceful resolution of the serious questions that have been raised regarding Iran’s nuclear program. On Easter Sunday, Pope Francis prayed that “the framework recently agreed to in Lausanne…may be a definitive step toward a more secure and fraternal world.” Since 2007 the USCCB Committee on International Justice and Peace, reflecting the longstanding position of the Holy See, has urged the United States to pursue diplomacy to ensure Iran’s compliance with its obligations under the Nuclear Non-Proliferation Treaty. For years, the Conference has supported dialogue and a negotiated resolution of the conflict, in collaboration with international partners. It is no small achievement that the United States, the United Kingdom, the Russian Federation, China, Germany and France have reached another milestone in the process of negotiations with Iran, one that aims to curb the unacceptable prospect of Iran developing nuclear weapons. In order to achieve this goal, parties should work to finalize the details of the agreement and ensure its full implementation. As the USCCB has noted in the past, Iran has threatened its neighbors, especially Israel, and contributed to instability in the region. This agreement is a hopeful first step in fostering greater stability and dialogue in the region. Despite the challenges, it is vital to continue to foster an environment in which all parties can build mutual confidence and trust in order to work towards a final accord that enhances peace. For this reason, the USCCB will continue to oppose Congressional efforts that seek to undermine the negotiation process or make a responsible multi-party agreement more difficult to achieve and implement. The alternative to an agreement leads toward armed conflict, an outcome of profound concern to the Church. In January 2015, Pope Francis said, “I express my hope that a definitive agreement may soon be reached between Iran and the P5+1 Group regarding the use of nuclear energy for peaceful purposes, and my appreciation of the efforts already made in this regard.” Let us share the Holy Father’s hope. The Conference welcomes the most recent step the United States and its international partners have taken with Iran. Our nation ought to to continue down this path. Now is the time for dialogue and building bridges which foster peace and greater understanding.