Poverty at the Crossroads in Indiana 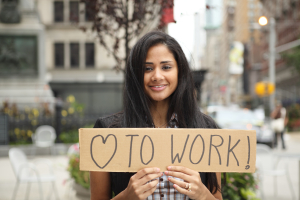 On Ash Wednesday 2015, the five Roman Catholic bishops in Indiana released a pastoral letter, entitled Poverty at the Crossroads: The Church’s Response to Poverty in Indiana. We are encouraging Hoosiers to take time to read the letter, available in English and Spanish, and we pray that it will inspire individuals, families, colleagues and parishes to action. We pray too that readers go the additional step to respond to the survey, which the bishops will use to inform them in the development of a pastoral plan to reduce poverty in Indiana. Work on this pastoral letter began a couple of years ago, before we knew that we would welcome a new pope who reinvigorate the Church’s role in serving those in poverty. You’ll find that a major point of emphasis of the pastoral letter is the central role of the family, which, depending on its the health and well-being, can both contribute to and mitigate poverty. Happily, key civic leaders in Indiana are calling for renewed attention to the breakdown of families, and the poverty that results. And when work began on the pastoral, little did we know that Pope Francis would call for a Synod of Bishops to address the family. The content and the timing of the bishops’ pastoral letter on poverty isn't mere coincidence, and ought to be interpreted as a clear movement of the Holy Spirit. It is now time for all of us to get caught up in this movement, and contribute our time, talents and treasures for the benefit of those who suffering due to their economic situation. Words like “poverty” and “poor” can be limiting, and can carry a great deal of prejudice and misunderstanding. Father Larry Snyder, former president of Catholic Charities USA., has a well-reasoned definition of poverty in his book, Think and Act Anew: How Poverty in America Affects Us All and What We Can Do about It. That definition is used in the Indiana pastoral letter to offer a common understanding of the situation, and lays out some basic indicators of those who live in poverty:

These are struggles faced by many people in the Archdiocese of Indianapolis, Indiana and throughout our country. Let’s keep their struggles in mind as all of us discern how we will respond in love to help our brothers and sisters in need. David Siler is executive director of Catholic Charities Indianapolis.