Racism, Inequality and the Right to Vote 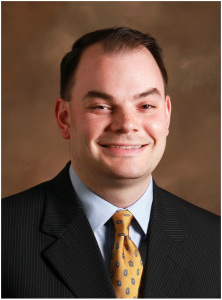 As we mark the 50th anniversary of the enactment of the Voting Rights Act, which is one of the most important and effective pieces of civil rights legislation enacted in this country’s history, more work needs to be done to ensure that racism and other inequities do not inhibit anyone from fully participating in community life. For example, racial inequities in our nation’s criminal justice system impact voter participation.   Many states disenfranchise persons with a felony conviction who have completed their time of incarceration but have not completed their full sentence, including periods of supervised release.  In other words, even those who have left jail or prison and are living and working in the community and paying taxes cannot vote if they have not finished their period of probation or parole. Disenfranchising felony offenders disproportionately impacts minorities.  In Minnesota, for example, approximately 7.4 percent of African-American and 5.9 percent of American- Indian Minnesotans are disenfranchised due to a felony conviction, as opposed to only 1.1 percent of white Minnesotans. Catholic social teaching encourages greater attention to disparities that impact voting participation.  The Compendium of the Social Doctrine of the Church states that “participation in community life is not only one of the greatest aspirations of the citizen, called to exercise freely and responsibly his civic role with and for others, but is also one of the pillars of all democratic orders and one of the major guarantees of the permanence of democratic life.” (no. 190.) Our justice system has changed Historically, a felony conviction resulted in what is called “civil death”—a concept dating back to ancient Roman jurisprudence.  By committing a crime, one had offended the peace of the community and, therefore, rightfully lost the privileges of participating in civil society.  Yet, when these rules barring the restoration of civil rights until the full sentence is completed were instituted, the criminal justice system looked a lot different than it does today. In 1858, when Minnesota became a state, there were 75 felony crimes enumerated in statute.  Today, there are 368 (and the list continues to grow).  Only 30 people were in prison in 1858, and there was no probation system.  Today, there are approximately 16,000 people incarcerated in Minnesota, and 75 percent of felony convictions result in probation.  47,000 Minnesotans are on some form of supervised release and unable to vote. Yet, there is no evidence that losing the right to vote deters crime.  It is merely punishment for punishment’s sake.  Fortunately, a rethinking of the punitive criminal justice policies of the past is occurring across the ideological spectrum.  In Minnesota, legislation that would restore the vote to those on supervised release has obtained broad bi-partisan support and hopefully will be signed into law soon. Responsibility, rehabilitation, and restoration Solidarity, a foundational principle of Catholic Social Teaching, is defined as “a firm and persevering determination to commit oneself to the common good; that is to say to the good of all and of each individual, because we are all really responsible for all” (Solicitudo rei Socialis, no. 38).  In their document, “Restoration, Rehabilitation, and Responsibility” (2000), the U.S. Catholic bishops declared that in matters of criminal justice, “solidarity calls us to insist on responsibility and seek alternatives that do not simply punish, but rehabilitate, heal, and restore.” The bishops encouraged lawmakers to redirect the vast amount of public resources away from building more prisons and toward better and more effective programs aimed at crime prevention, rehabilitation, and reintegration. In fact, the premise of supervised release programs is that an offender and society are better off by re-integrating people back into our communities.  If offenders continue to be reminded, however, by the collateral consequences of a conviction that they are not like everyone else, how can we, as a society, have expectations that they will act as responsibly as everyone else? Restoring the vote to those who are out of prison and living and working in our communities under supervised release can promote successful reintegration into the community, as voting can be a powerful, concrete, and symbolic way to contribute to one’s community and to feel invested and empowered to play a positive role. In other words, it serves the common good. Fuller integration of people into their community and involvement in civic life logically results in stronger ties and feelings of empowerment, which can help to lessen feelings of disconnection and frustration that can contribute to future crime. The Church should continue to be at the forefront of providing a policy framework that cuts through the false “either/or” rhetoric of criminal justice debates.  It should emphasize the need to integrate the policy goals of restoration, rehabilitation, and responsibility—not just retribution—and highlight the themes of justice and mercy for the disenfranchised and others on the margins of society. Jason Adkins is executive director and general counsel of the Minnesota Catholic Conference.