“All in one place together”: Pentecost and Immigrant Lives

"When the time for Pentecost was fulfilled, they were all in one place together." On Pentecost the Holy Spirit showed up in power to publicly launch the church as a people of solidarity. After Jesus’ death disciples were fishing, hiding, and choosing another apostle (by casting lots) to replace Judas after his tragic suicide. Meanwhile, the risen Jesus appeared when least expected; then they watched him ascend into glory...and waited. 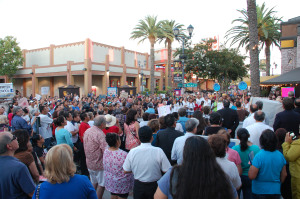 As we live Pentecost in the present, sisters and brothers at the border, in barrios, businesses, and backyards across the United States find themselves in a holding pattern, waiting for immigration reform and even DACA/DAPA relief to be released from the grip of the powerful. These disciples too wait, actively.

In the Diocese of Orange, Catholic immigrants, recent and not-so-recent, both citizens and undocumented from parishes throughout the county and across ethnic communities have been working together to change the narrative in Orange County. Neighbor to Murrieta, we’re no stranger to strong anti-immigrant sentiment, even within the Catholic community. How easy it is to forget our own history of discrimination by groups like the Klan against Catholics and immigrants. We have to face our own sinfulness, our own forgetfulness of the ways that we fail to welcome others – even at times actively thwarting their God-given dignity. So, like others across the country, we meet with and alongside our immigrant sisters and brothers to listen, to advocate together, to learn how to share the spaces in which we live. This has taken some beautiful shapes: Dreamers transforming hearts through sharing their stories; Parishes tailoring outreach events to their particular contexts; Partnering with neighboring dioceses to host an annual Immigration Summit; Speaking truth to power in legislative visits; 2,000 people prayerfully processing from a local parish to Rep. Ed Royce’s district office in Brea, CA; 3,000 faithful gathering together for prayer and action with bishops, priests, and religious at Christ Cathedral; Parish leaders holding community forums to educate on the CA AB-60 Driver’s License law; 30 buses from Orange County caravanning to Southern California Regional Mass for All Immigrants in Los Angeles; and Trained leaders at Parish Hubs in every deanery in the diocese working closely with Catholic Charities to organize for expanded capacity for DACA/DAPA processing in Orange County. As Pope Francis encourages us, we can’t fear “getting our hands dirty.” This activity has taken enormous effort on the part of many parish volunteers, the staff of Catholic Charities, diocesan pastoral center staff, and the leadership of our clergy. Our Bishop Kevin Vann has led the way, meeting with legislators, leading prayer services, and exhorting us to focus on the impact of our actions and policies on people versus an ideological focus on “issues.” That such efforts are not without criticism is a sign that the reign of God is among us challenging the status quo. Even the sneering accusation of public drunkenness hurled at Peter bears witness in its own way to the cross (Acts 2:13f). It recognizes that the diverse group of “outsiders” suddenly coming together in solidarity poses a direct challenge to the logic of the principalities and powers, which today entraps us in regimes of “whiteness,” of political “respectability,” of liberalism’s exclusion of religious claims and of the political witness that is the church. What a gift, then to see whites rich and poor from Catholic parishes and other ecumenical partners, Orange County Chinese Catholic Association, Korean and Vietnamese Catholic Centers, alongside our leaders of Hispanic movements and communities such as Renovación Carismática Católica, Jóvenes Para Cristo, Neocatechumenal Way, young and old—to be all in one place together! Living Pentecost in the present, we discover that in faithful waiting, whether by working to provide for our loved ones (here or elsewhere), by keeping our families together in the face of deportation threats, by educating people in our parish, or by appointing a twelfth apostle—we Gentiles have already received the radical hospitality of the God of Israel, Father, Son, and Holy Spirit. 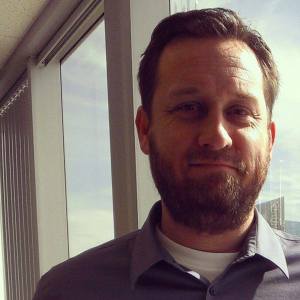 Greg Walgenbach is the Director of the Office of Life, Justice and Peace for the Roman Catholic Diocese of Orange in California (Orange County).