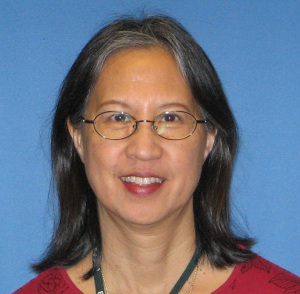 Electric shocks. Beatings and whippings. Water-boarding. Rape. Hanging from chains. All these are examples of torture. Unfortunately, these methods and others like them are still practiced today by many countries, most often in places of detention, hidden from public view. Just what is torture? The United Nations Convention Against Torture defines it to mean any act by which severe pain or suffering, whether physical or mental, is intentionally inflicted on a person to obtain information or a confession, to punish, intimidate or coerce, and that action is done with the instigation or consent of a public official. That last part – that torture is condoned by someone acting in an official capacity – is a critical factor for international accountability. This means that torture is being carried out by government, law enforcement, military or political personnel. This is why the actions in Abu Ghraib were considered particularly egregious by the world community. While many Catholics abhor what went on in Abu Ghraib, many still believe that torture can be justified based on what some have called the “ticking time bomb” scenario. A poll taken last December found that among white Catholics, 68% thought torture was sometimes or often justified; only 12% said it was never justified. In contrast, among non-whites, 51% thought torture was sometimes or often justified, while 26% said it was never justified. Among those professing no religion, 41% thought torture was sometimes or often justified and 32% said it was never justified. Obviously, more work needs to be done in helping Catholics understand why torture is inconsistent with our commitment to protect the life and dignity of every human person. Church teaching is very clear; torture is always wrong. The Catechism of the Church says that “torture which uses physical or moral violence to extract confessions, punish the guilty, frighten opponents, or satisfy hatred is contrary to respect for the person and for human dignity” (no. 2297) and thus is a grave sin that violates the Fifth Commandment. Saint John Paul II called physical and mental torture “intrinsically evil.” The Compendium of the Social Doctrine of the Church says that “the prohibition against torture [is] a principle which cannot be contravened under any circumstances” (no. 404). Perhaps some Catholics don’t realize that torture not only degrades the human dignity of the victim; it also compromises the dignity of the perpetrator, estranging the torturer from God. Torture also undermines a society’s collective integrity and moral fabric. It harms us all. Certainly, after the revelations about Abu Ghraib, the credibility of the United States as a defender of human rights was compromised. Beyond the moral arguments, many professional interrogators say intelligence gained through torture is generally useless or misleading. Think about it. If someone is causing you excruciating pain, at a certain point, you may say just about anything to make them stop. Experts tell us that torture, or “enhanced interrogation techniques” (as torture is sometimes euphemistically known), is counter-productive, fuels anti-American sentiment, and encourages more people to embrace the very extremism and terrorism that the U.S. wants to stop. June is Torture Awareness Month because on June 26, 1987 the United Nations Convention Against Torture and other Cruel, Inhuman and Degrading Treatment or Punishment (CAT) went into force, outlawing torture. The U.S. is a signatory to the CAT. Have your parish or community group commemorate Torture Awareness Month by taking advantage of available resources on the Church’s teaching on torture. Visit this page for links to study guides, videos and letters related to USCCB efforts against torture. As Catholics, we join in efforts to ensure that the United States says “Never Again” to torture. Virginia Farris serves as International Policy Advisor in the USCCB Department of Justice, Peace and Human Development.