Laudato Si' and the Environmental Refugee 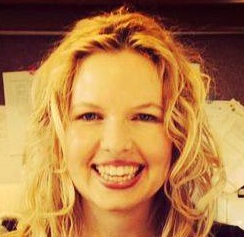 Pope Francis’s recently released encyclical, Laudato Si', addresses the environment, climate change, and ecological degradation. An important but often overlooked point that Pope Francis highlights is the connection between migration and environmental instability. Specifically, the Holy Father states his concern for the plight of the environmental refugee. To this point he writes: “There has been a tragic rise in the number of migrants seeking to flee from the growing poverty caused by environmental degradation. They are not recognized by international conventions as refugees; they bear the loss of the lives they have left behind, without enjoying any legal protection whatsoever” (no. 25). Pope Francis’s eloquent and accurate assessment in Laudato Si' about environmental refugees highlights a growing problem in the world and raises the questions of: what exactly is an environmental refugee, what can we do to protect them, and we can prevent more people from becoming environmental refugees in the future? As Pope Francis stated, legally, the concept of “climate or environmental refugee” does not exist. Although the term “environmental refugee” is in frequent use, climate and environmental issues do not fall within the official definition of refugee that is found in the 1951 Refugee Convention. This is important as the 1951 Convention Relating to the Status of Refugees is the key legal document that defines who is a refugee, what rights refugees are afforded, and the legal obligations of states towards refugees. Despite having no formally recognized legal protection, the number of global environmental refugees and environmentally displaced migrants are projected to increase in the future. With the increasing frequency and severity of natural disasters, climate change is expected to expose millions to largescale displacement and forced migration - most notably affecting the global working poor. Many of the global poor live in areas particularly affected by natural phenomena related to global warming, including flooding, hurricanes and drought, and their means of subsistence are largely dependent on natural reserves and ecosystem-focused industries such as agriculture, fishing and forestry. They have limited outside financial activities or resources that can enable them to adapt to climate change or to face natural disasters, and their access to social services and protection is very limited. Today, we can already see these situations of environmental degradation forcibly displacing people and creating environmental refugees. For example, Bangladesh has been declared one of the most vulnerable countries to climate change in South Asia, followed closely by India, China, Indonesia and the Philippines. Additionally, the Maldives has been dealing with climate change issues such as rising sea levels and displacement for several years. Looking toward a solution to this problem, we turn to Pope Francis, who urges us to recognize communities vulnerable to environmental destruction and to take responsibility for our Earth and our displaced brothers and sisters. To this end, in Laudato Si' he states: “Sadly, there is widespread indifference to such suffering, which is even now taking place throughout our world. Our lack of response to these tragedies involving our brothers and sisters points to the loss of that sense of responsibility for our fellow men and women upon which all civil society is founded.” It is also imperative that we recognize the damage that climate change wreaks upon the environment and the communities that live off the land. We must also accept responsibility for people who have been forced out of their communities due to environmental degradation and work to ensure that we treat them and the Earth with dignity and respect. Previously, in Evangelii Gaudium, Pope Francis urged us to recognize that the earth is our common home and all of us are brothers and sisters (no. 183). This theme is echoed again and again in Laudato Si’. Going forward, we must protect the fragility and majesty of our common home and the dignity of our brothers and sisters who live in it. Ashley Feasley is a policy advisor for Migration and Refugee Services at the United States Conference of Catholic Bishops.