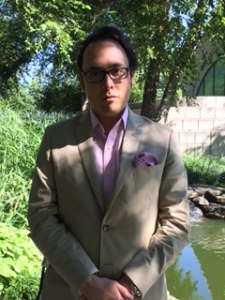 Today, July 30, is the World Day Against Trafficking in Persons.

Within weeks of the historical papal transition in 2013, Msgr. Marcelo Sanchez Sorondo, Chancellor of the Pontifical Academy of Sciences and Social Sciences, received a succinct, hand-written note in Spanish from the newly elected Supreme Pontiff: “I think it would be good to examine human trafficking and modern slavery. Organ trafficking could be examined in connection with human trafficking. Many thanks, Francis.” Those few lines came to signal Pope Francis’ ardent insistence that the Universal Church bring to bear her great moral authority and resources in the global fight against human trafficking. In his first Apostolic Exhortation, Evangelii Gaudium, Pope Francis forcefully urges the faithful, and all men and women of goodwill, to radically evaluate unknowing societal and personal complicity in this crime, echoing the convicting question God posed to Cain in the book of Genesis after he had murdered his brother, Abel: “‘Where is your brother?’ (Gen. 4:9). Where is your brother or sister who is enslaved? Where is the brother and sister whom you are killing each day in clandestine warehouses, in rings of prostitution, in children used for begging, in exploiting undocumented labor?” As he prepares for his Apostolic Visit to our country, Pope Francis can be proud of his brother bishops in the United States.  USCCB/Migration and Refugee Services (MRS), since 2013, has been implementing the Amistad Movement, a novel human trafficking prevention program that capitalizes on the gifts and talents of the very communities most at-risk for human trafficking. Firmly anchored in our Catholic commitment to subsidiarity and accompaniment, and utilizing a “train-the-trainer” model, the Amistad Movement uses the Church’s extensive, trusted, grassroots presence within immigrant communities to educate local leaders, pastors, parents, students, activists, and interested community members on precise strategies designed to protect their own against human traffickers.  Therein lies Amistad´s greatest strength: MRS educates immigrant communities in a spirit of self-empowerment that leverages the immigrant leaders’ expertise and strengths to make our human trafficking prevention education as culturally relevant and intelligible as possible. Amistad also fosters collaboration amongst community members and between them and law enforcement and other stakeholders, further fortifying their communities against human trafficking by constructing professional and social networks. For Catholics who might ask themselves how they can contribute to the Church’s efforts against modern slavery now, MRS anti-trafficking encourages them to request the SHEPHERD toolkit by emailing us at MRSShepherd@usccb.org. This educational tool provides Catholics with materials to learn about human trafficking from a Catholic perspective using principles from the Social Doctrine of the Church to understand why Catholics in particular are called to raise awareness and respond to human trafficking wherever they can. In addition to information on human trafficking, the toolkit provides a movie-watching guide which can be used as a springboard for discussion and further learning about human trafficking. The kit also has a Stations of the Cross for Victims of Human Trafficking, which can be used to pray for victims, survivors, service providers, and awareness raisers, and to continue educating Catholic communities on modern day slavery. The Church’s great strength in this fight against human trafficking is its empowering message against slavery of all types, spiritual and physical. In the words of Cardinal Peter Turkson, “Our awareness must expand and extend to the very depths of this evil and its farthest reaches . . . from awareness to prayer . . .  from prayer to solidarity . . . and from solidarity to concerted action, until slavery and trafficking are no more.” Christopher S. Ljungquist is National Outreach and Education Coordinator, Anti-Trafficking, for the USCCB Department of Migration and Refugee Services.