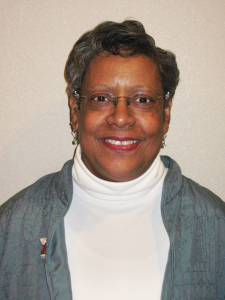 The 50th anniversary of the Voting Rights Act of 1965 is August 6, 2015. My heart rejoices when I see images of the ink-stained fingers of new voters, particularly in countries where the right to vote has been suppressed or denied.  This symbolism has greater significance when, despite much apprehension, the process proceeds peacefully.  Thus, achieving the right to vote signifies more than full citizenship.  It affirms the human dignity of a people; recognizing that they, too are created in the image and likeness of God (Catechism of the Catholic Church, no. 1700).  In reality, justice reaches beyond court decisions, legislation and policy changes.  Rather, habitually doing what is right and just yields a conversion of hearts . . . eventually. This year, we celebrated the relative success of the March from Selma to Montgomery 50 years ago, which resulted in passage of the Voting Rights Act of 1965.  While not the first effort to protect voting rights of African Americans, the legislation is a significant milestone in the quest for human rights and full citizenship for many groups in this country.  The Voting Rights Act of 1965 confirmed terms of the 15th Amendment to the Constitution, ratified in 1870, which established that “the right to vote shall not be denied or abridged on the basis of race, color or previous condition of servitude.”  Much progress has been made, but there is still far to go, as debate continues around voter ID laws, legislative redistricting, and other practices which many perceive as limiting the ability of minority populations to vote.   As the saying goes, we take one step forward and two steps backward. There are also many signs of hope. In March of this year, prior to traveling to Montgomery, AL to participate in the Archdiocese of Mobile’s observance of the anniversary of the March from Selma to Montgomery, I witnessed the ordination of Most Rev. Fernand Cheri OFM, in New Orleans.  Bishop Cheri is the 25th African American bishop.  African American Catholics traveled near and far for the ordination and for evening vespers and a reception at the Motherhouse of the Sisters of the Holy Family.  This community, comprising mostly African American women religious, was founded in 1842 by Venerable Henriette Delille, whose struggle for religious freedom and human dignity in the United States still inspires us today. When I arrived in Montgomery, AL, I noted the small crowd and minimal press coverage—in contrast to coverage for the Selma leg of the march earlier in the month, as President Obama, numerous dignitaries and busloads of ordinary citizens flocked to the infamous Edmund Pettus Bridge to retrace the steps of Rev. Dr. Martin Luther King Jr. and hundreds of civil rights foot soldiers.  Rev. Dr. Bernice King delivered her father’s speech from the steps of the State Capitol in her own similar oratorical style.  Barred from speaking at that location, her father spoke from the bed of a pick-up truck.  To the question, “How long?” both crowds responded, “Not long!”  Also noteworthy among the speakers in Montgomery 2015, was the daughter of former Alabama Governor, George Wallace.  She highlighted her father’s transformation after a failed assassination attempt landed him in a wheel chair for the remainder of his life.  Those present caught a glimpse of redemption. Since I was an African American Catholic school girl during that era, my emotions and moral compass vacillated throughout the trip – propelled by memories, maturity, reflections on present day speeches and homilies; and the simmering reality of current news events reminiscent of the violence and struggles of the past.  The 50th Anniversary Mass at St. Jude Catholic parish also generated a plethora of emotions.  City of St. Jude was Campsite #4 in 1965, the final rest stop before ascending to the Capitol.  Today, we honor the victory of the passage of the 1965 Voting Rights Act, cognizant that this 50th anniversary is our modern day Campsite #4, a rest stop on the road toward justice. Donna Grimes is Assistant Director – African American Affairs in the USCCB Secretariat of Cultural Diversity in the Church.