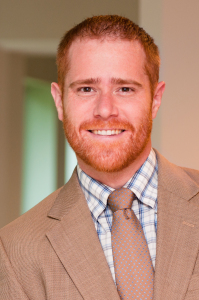 On a visit last year to a community organization that receives funding from the Catholic Campaign for Human Development, I heard the story of a woman working in a retail store, barely keeping her head above water. When the bills piled up, she took out a two-week payday loan. Six months later, she was still repaying the loan. It had been “rolled” multiple times. Although she had paid fees equal to the original loan many times over, she still owed more. The fees and interest worked out to an interest rate of close to 200% APR (annualized percentage rate). Welcome to the perverse world of predatory lending, where the person who needs a lifeline gets tossed a boulder. Payday lending is deceptively simple. A borrower in a pinch, using their next paycheck as collateral, is given a loan and charged a fee. The loan is then paid back when that paycheck rolls in. The reality is rarely that quick and harmless. Most payday loans, in fact, are predatory and exploitative. Predatory because they are built to become debt traps that borrowers cannot escape:

Exploitative because these loans are targeted to take advantage of vulnerable people and families:

Think about it--it’s called payday lending because most borrowers (75 percent) are employed. But their jobs don’t pay enough to make ends meet, so they desperately seek out more money. If this sounds like a brazen affront to human dignity, you’re not alone in that conclusion. Pope Francis told a gathering of advocacy groups last year, “When a family has nothing to eat, because it has to make payments to usurers, this is not Christian, it is not human! This dramatic scourge in our society harms the inviolable dignity of the human person.” The Catechism of the Catholic Church declares, “Those whose usurious and avaricious dealings lead to the hunger and death of their brethren in the human family indirectly commit homicide, which is imputable to them” (no. 2269). To fight this dramatic scourge of payday lending in America, the USCCB has joined with Christian partners in Faith for Just Lending, to call attention to the abuses of predatory payday lending and demand better financial options for vulnerable people. FJL includes a broad spectrum of Christian groups and is committed to being a voice for exploited working families. To learn more about the USCCB’s work on payday lending, see our webinar, download this PowerPoint presentation, and read Bishop Stephen Blaire’s letter to the Consumer Financial Protection Bureau. To learn more about the FJL campaign, access even more resources, and get involved, go here. For a concrete story of hope, find out how the Texas Conference of Catholic Bishops is helping communities confront payday lending. Tom Mulloy is a policy advisor in the U.S. Conference of Catholic Bishops’ Department of Justice, Peace & Human Development.

Statistics in this post are from Payday Lending in America (The Pew Charitable Trusts) and the Consumer Financial Protection Bureau.