A 9/11 Reflection: Peace, Healing, and Reconciliation 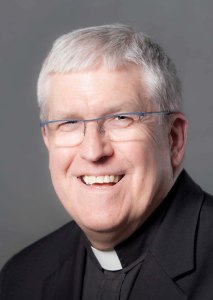 Fr. John Crossin, OSFS[/caption] Like many people, I can clearly remember where I was and what I was doing on September 11, 2001. As I was riding home on a mostly empty Metro train late that afternoon, I saw that the Pentagon Station was closed. As we passed Reagan National Airport, the sky was completely clear, the runways empty, the parking lot vacant, the entrances blocked, the setting eerie. My heart was numb. Two days later, numbness gave way to admiration as I talked to government workers who worked downtown. At the time, they thought there could be more planes. On the day they thought they might die, they tried to help one another. They thought about their families. They tried in vain to contact them. Even two days later as they processed their feelings of fear and uncertainly, they maintained a focus on others. Of course, even after all these years, we have scars. Death and trauma leave marks on us. There still can be a need for healing and reconciliation in our lives—even these many years later. In my experience, healing of major traumas is more an ongoing process extending over time than a ‘once and for all experience.’ Pope Francis will come to the National September 11 Memorial and Museum in New York City on September 25 for a Multireligious Gathering for Peace. Christian, Jewish, Muslim, Hindu, and other religious leaders from the Metropolitan New York area and beyond will pray in the presence of one another and give a common witness to peace. This Gathering will be an impetus to peace, healing, and reconciliation. It could become a milestone in the process. But the long-term impact will work itself out in our individual lives as we let the healing power of Christ’s mercy come more deeply into our hearts and as we show that healing mercy to those around us.   John W. Crossin, OSFS, is executive director of the Secretariat for Ecumenical and Interreligious Affairs at the USCCB.