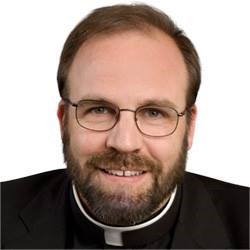 Many years ago I heard an analogy for what has happened in this country and how the unhealthy patterns of the elite, the powerful, and the wealthy trickled down to the poor, but with far more disastrous effects. The analogy was the game of “crack the whip,” which some of us who are older remember from the school playground. The “game” involved fifteen or twenty kids making a straight line. Each kid then reached back with one arm and took the hand of the one behind so that a long chain of kids now existed. The kid in the lead then took off running and everyone behind followed, holding arms. Then suddenly the lead kid would take a sharp turn. The kids immediately behind him could make the turn, but for the kids further back it got harder to hold on and make the turn. The kids at the back of the line didn’t stand a chance and went flying off the line, falling to ground with the centripetal force. This is an analogy for the social and economic ills of the last sixty or more years. For there are some who are at the front of the line who are well positioned to take their thrill rides, engage in social experimentation and indulge greed and excess. “Crack the Whip” is much in evidence in social/moral ills, such as indulging drugs, alcohol, sex, going in and out of marriages, and glamorizing all sorts of dangerous and deleterious behaviors, as well as in economic ills. Those at the front of the line can afford the lifestyles that greed demands and can generally afford to pay the higher prices of an overheated economy and a lifestyle that increasingly demands and expects more and more. “Gentrification” has accelerated, along with all the difficulties of social dislocation. Here in Washington DC the poor are moved to the margins of what many call “Ward 9.” There are only 8 Wards in DC, and so “Ward 9” is a euphemism for being moved to the margins, outside the city that increasingly loses its economic diversity. Once poor and working class neighborhoods now sport housing prices approaching $1 million. Catholic parishes have used community organizing to save Public Housing and 30% affordable housing in the city, but every new project requires vigilance in a city that is committed in law but poor in enforcing the law. It’s a classic case of “crack the whip.” Those at the front of the line adjust to sudden shifts in the economy and play the market, but at the back of the line the less privileged go flying off, staggering as they fall and off to the “Ward 9s” of our cities. As a priest, I am not an economist, and I realize that economic realities are very complex. I am not calling for all sorts of government intervention, etc. But I do know what I see as a priest working among all social classes. I cannot and should not devise all sorts of policy solutions, I leave that to the experts among the laity. But what I can and should do is to remind the folks in the front of the line to remember the folks at the back. “Crack the whip” is fun and exciting at the front of the line, but devastating at the back of the line. Somewhere we should rediscover the common good and look to our own behavior, wherever we are in the line. I am my brother’s keeper. His welfare ought to be important to me. It’s about more than money; it’s about taking care to build a culture that thinks more of those behind me, and those yet to be born. What of them? How does my life and lifestyle affect them?   Rev. Msgr. Charles Pope is the pastor of Holy Comforter-St. Cyprian parish in Washington, DC.