A look ahead to Pope Francis' visit to Africa 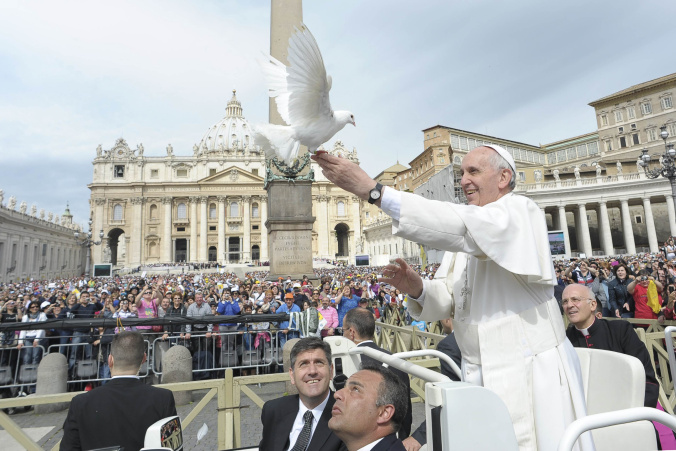 Pope Francis holds a dove before his weekly audience in St. Peter's Square at the Vatican May 15. (CNS photo/L'Osservatore Romano via Reuters)

Later this week, Pope Francis will make his first pastoral visit to Africa. He will visit Kenya, Uganda, and if the security situation allows, the Central African Republic. Throughout his pontificate, the Holy Father has championed the cause of those living in poverty. On the world scene, Sub Saharan Africa is where the marginalized of the world are concentrated. According to the World Bank, in 1990 50% of the world’s poor lived in Southeast Asia while Africa accounted for only around 15%. The Bank projects that in 2015 those continents will change places with Africa holding about half of the world’s poor. Yet, Africa represents only around 15% of the world’s population. Pope Francis very likely will make this disparity a key message to the world. He will probably call on the world’s developed countries to increase their investment in poverty eradication where the poor are concentrated – in Africa. November 25-27, Pope Francis will be in Kenya. There, Pope Francis may address the long-term ethnic conflict that has been instigated and used by political leaders for decades. Conflict over land, especially in the fertile areas of the country, is closely linked to ethnic tensions. Ethnic groups tend to be concentrated in particular areas of the country, and some groups feel their land has been taken by the more powerful and politically connected ethnic groups. Church leaders have spoken out against ethnic-based politics and the resulting violent conflicts. The Holy Father may urge the Church and the government to defuse tensions through more systematic and sustained dialogue and reconciliation programs. For decades, Muslims and Christians have lived side-by-side in relative peace in Kenya. When Somalia descended into conflict, refugees streamed into Kenya, but Muslim-Christian relations remained positive. When the Kenyan army intervened in Somalia, however, that changed. The Westgate Mall attack and more recent terrorist acts have created significant anti-Muslim sentiments, resulting in heavy-handed actions by government police and military against Muslims. This in turn has fostered grievances among peaceful people in the Muslim community. The Holy Father will perhaps stress the need for greater Muslim-Christian dialogue. Governance issues and corruption have been long standing problems in Kenya. They are some of the root causes of the worsening ethnic conflict. The Holy Father may call for greater inclusive, transparent, and responsive government in a pastoral way. While South Sudan is not on the Pope’s visit schedule, the Holy See has followed the tragic civil war there closely. Cardinal Peter Turkson, President of the Pontifical Council on International Justice and Peace, visited South Sudan last year. Pope Francis may make a statement on the situation in South Sudan and encourage the Catholic Church and the South Sudan Council of Churches to persist in their efforts to promote reconciliation, dialogue between political leaders, and regional cooperation to help South Sudan achieve peace. From November 27-29, Pope Francis will be in Uganda, a country that has been relatively peaceful. Tensions are rising due to worsening corruption and neglectful governance and increasing civil rights violations by President Museveni’s government, in power for almost 30 years. The Holy Father may address governance issues by evoking his themes of caring for the poor and the marginalized. On November 29-30, Pope Francis is expected to visit the Central African Republic, which is struggling to recover from decades of bad governance and two years of violent conflict. The country is trying to organize elections and inaugurate the first legitimate government in its history. Violence between militia groups continues, and the fate of a peaceful transition hangs in the balance. The Church leads the Religious Leaders’ Platform that is calling for donor nations to give the transitional government the time and resources it needs to organize a credible election. The Pope’s visit could be the catalyst for real positive change if he can encourage the belligerents to reject their violent ways, empower religious leaders, and urge donors to fund peacebuilding efforts. Throughout his journey, we expect to see Pope Francis bringing the hallmarks of his Papacy: preaching joy of the Gospel, being close to the poor and marginalized, and spreading message of mercy and reconciliation. In advance of the Pope’s visit to Kenya, the Kenya Conference of Catholic Bishops has released a special prayer for the visit. We invite you to follow Pope Francis’ visit in the news and ask that you pray for him and for peace in South Sudan and the Central African Republic. See the full schedule for Pope Francis’ Visit to Africa, November 25-30. 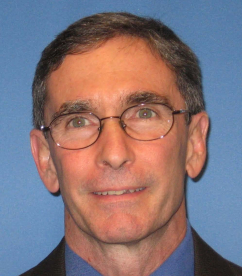 Steve Hilbert is a policy advisor on Africa for the Office of International Justice and Peace at the United States Conference of Catholic Bishops.