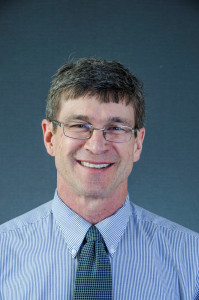 Pope Francis, on his recent visit to the United States and in his customary hopeful tone, remembered “the great struggles which led to the abolition of slavery, the extension of voting rights, the growth of the labor movement, and the gradual effort to eliminate every kind of racism and prejudice directed at successive waves of new Americans.  This shows that, when a country is determined to remain true to its founding principles, based on respect for human dignity, it is strengthened and renewed” (Sept 26, 2015).

Many Americans—Catholic and non-Catholic alike—remain inspired by Pope Francis’ visit. Yet America also struggles to live up to his hopeful vision of eliminating racism and prejudice. Racial controversies roil our universities, incidents of racialized policing lead to deaths, and mass incarceration curtails the life chances of too many young black and brown men. We have failed to build racial equity into the fabric of our society. That task remains urgent three decades after the U.S. bishops diagnosed it thus: “Racism is not merely one sin among many; it is a radical evil that divides the human family and denies the new creation of a redeemed world. To struggle against it means an equally radical transformation, in our own minds and hearts as well as in the structure of our society” (United States Conference of Catholic Bishops, Brothers and Sisters to Us, 1979).

The bishops and Catholics in the United States have been putting money into that struggle for decades through the annual collection for the Catholic Campaign for Human Development (CCHD), which takes place in many parishes throughout the United States in November. CCHD’s systematic investment in faith-based community organizing in dioceses and archdioceses around the country represents perhaps the Church’s best investment in fighting racism and working for racial equity in America. These groups fight poverty by empowering people in poor and working class communities to work for social policies in line with Catholic social teaching—often collaborating across racial and ethnic lines.

Many CCHD-funded groups have come to focus on explicitly working for racial equity. One such group is Philadelphians Organized to Witness, Empower & Rebuild (POWER).  POWER brings together Philadelphians across lines of race, income level, faith tradition, culture, and neighborhood. More than 40 congregations from every section of the city have actively participated in the building of POWER, which works to address racism and promote policy changes to improve communities in Philadelphia, such as fair funding for education, economic dignity through fair wages, and access to affordable housing.

The work of POWER in Philadelphia is but one example of how CCHD-supported groups are realizing the hopes Pope Francis expressed during his visit to the United States. There are hundreds of groups carrying out this work throughout the United States. These kinds of local faith-based organizing efforts offer Catholics a chance to be part of answering those questions.

Answer Pope Francis’ call. Learn more about what CCHD-supported groups are doing in your area and get involved!

Richard L. Wood serves as a consultant to the CCHD Subcommittee of the United States Conference of Catholic Bishops. He is the author of the just-published A Shared Future: Faith-Based Organizing for Racial Equity and Ethical Democracy, and works as a professor of sociology at the University of New Mexico

Learn more about the Catholic Campaign for Human Development and the state of poverty in the United States at PovertyUSA.org. During the month of January, don't forget to celebrate Poverty Awareness Month using this printable calendar (en Español), longer daily reflections (en Español), and our daily emails.  These resources provide food for prayer and action to address poverty in the United States.