Few Words and Many Deeds 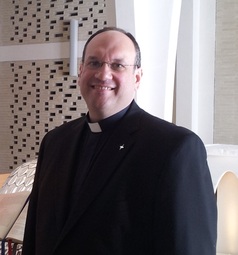 Pope Francis is calling all to be missionary disciples, to go out and draw others into relationship with Jesus Christ, not simply by words, but by deeds. During Lent, particularly on Fridays, he is witnessing to all how simple it is to do by making informal visits to the poor and the marginalized – a homeless shelter, a nursing home, a drug rehab center. Simple, but very clear actions that show how to live the Works of Mercy in everyday life.

His actions remind me of a member of my religious community who worked in the city streets caring for the poor, but at the same time helping others to recognize ways in which they could work together to be more merciful, charitable, and just. One day this community member met a woman who was physically challenged and nearly homeless. She thought that she was not capable of doing anything worthwhile. He invited her to collaborate with him and together with others – lay people, those in consecrated life, and clergy – they worked in that city to care for those most in need.

The year – 1835,
The city – Rome,
The priest – St. Vincent Pallotti,
The woman – soon to be Blessed Elisabetta Sanna.

St. Vincent Pallotti believed that all are called to be apostles – sent not only to preach, but to care for the suffering in the world since all human beings are in the image and likeness of God. He understood that our actions can be minimal when we do them alone. Instead, he promoted greater collaboration and co-responsibility among all. In a rather polarized world, both of these words can seem quaint and unattainable. But, without collaboration, solidarity cannot happen effectively and without co-responsibility, subsidiarity is not possible. Each person, then, is called to work together with God and with others and recognize who and how best to assist those in need.

As Pallotti said, “Remember that the Christian life is one of action; not of speech and daydreams. Let there be few words and many deeds, and let them be done well."