Pope Francis in Amoris Laetitia: The Eucharist Calls Our Families to Transform the World 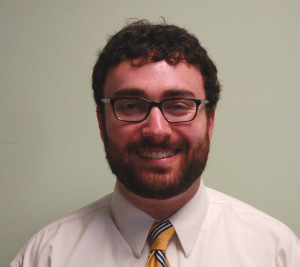 My wife Genevieve used to work at an urban retreat and social justice education center in a poor city, which is in the former convent on the property of a Catholic parish. There were a couple of homeless guys from the neighborhood who would occasionally stop by the center for something to eat. Because youth were often in the building, the center’s security policy didn’t allow the men to come in, but staff members would always prepare a “to go” bag with a sandwich or two and anything else that was in the kitchen.

There was a daily Mass in the chapel across the parking lot from the center, and Genevieve would go before work from time to time. One of the men who came for food most often – I’ll call him Frank – would sometimes be at Mass, too. He would join in the prayer and receive communion with the rest of the assembly.

Genevieve was struck by the fact that while Frank was understandably not allowed to enter the center, he was more than welcome in the church. He was part of the one human family gathered around the altar for the Eucharistic feast; he didn’t have to take this meal to go.

Mass, said the scholar Aidan Kavanagh, is doing the world the way it’s meant to be done. At the end of each liturgical celebration, we are sent forth to make the world more closely resemble the unity that we practice in the sanctuary, where all welcomed to the table and can receive what they need.

Pope Francis makes this connection between the Eucharist and our call to create a more just world in paragraphs 185 and 186 in his brand new apostolic exhortation on the family, Amoris Laetitia (“The Joy of Love”).

“The Eucharist demands that we be members of the one body of the Church. Those who approach the Body and Blood of Christ may not wound that same Body by creating scandalous distinctions and divisions among its members,” he writes. “When those who receive it turn a blind eye to the poor and suffering, or consent to various forms of division, contempt and inequality, the Eucharist is received unworthily. On the other hand, families who are properly disposed and receive the Eucharist regularly, reinforce their desire for fraternity, their social consciousness and their commitment to those in need.”

Why does Pope Francis talk about the connection between the Eucharist and working for a more just world in a document about the family?

The Eucharist is the source and summit of our faith. It is the celebration of Christ’s self-giving love and sacrifice for us, his brothers and sisters. We are meant to emulate this Eucharistic, others-centered love in our family lives – directed toward our own blood relatives, surely, but also reaching outward to all of God’s children, especially those who are hurting.

Formed by this Eucharistic love, our families can become what Pope Francis calls in the document “vital cell[s] for transforming the world.” Our families are meant to be schools of mercy, where compassion and care for the poor are learned and practiced. I think of my friend Sean, who has devoted his life to Catholic social justice ministry. When he was growing up, his family would help serve a meal at a soup kitchen every single Christmas. Sean doesn’t remember this tradition seeming strange or unusual. “It was just something we did,” he says. He learned mercy in his family and it had a profound impact on the person he has become.

How might the self-giving love we celebrate in the Eucharist be calling your family to work for justice together? What a privileged opportunity we have to respond to the Holy Father’s call!

Michael Jordan Laskey is director of Life & Justice Ministries and vice chancellor for the City of Camden for the Diocese of Camden, NJ.

Go Deeper!
Read the Post-Synodal Apostolic Exhortation Amoris Laetitia online at the Vatican’s website or order copies through the USCCB Store. Watch these video examples of how our faith inspires us to respond as disciples in the world.