What have I done for the tortured ones in my midst? 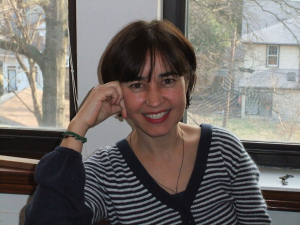 My theme song for 2016 is “What Have We Done for the Poor Ones,” by Lori True. It is a song that serves as a moral compass that inspires and nudges me to live and to work for social justice.

For several years, I have managed to bury in the tomb of my soul the memories of my torture in Guatemala. Often, they threaten to overwhelm me but almost miraculously I’m able to keep them buried—preventing the memories from contaminating my consciousness. But on days like November 2, the day that I experienced and bore witness to the torture of others and to man’s inhumanity, and June 26, the U.N. International Day in Support of Victims of Torture, the memories emerge.

I find myself facing twin realities. Yesterday’s memories return, sharpened and accompanied by their old companions of fear, insecurity, and distrust in humanity. With them are the voices and smells of my torturers.

The second reality, one that I find more troubling than the first, is the survival skill that has graced me with some peace of mind, but has made me a person of indifference. I say this with shame and a profound sense of failure to my fellow survivors and to humanity.

In 1998, I founded the Torture Abolition and Survivors Support Coalition International (TASSC), an organization that seeks to empower survivors, their families, and communities and works to end the practice of torture wherever it occurs.  After serving as its director for ten years, I chose to walk a different path—one that allowed me to see and hear about torture from afar.  After escaping from my torturers, I swore that I would never allow anything that resembled a blindfold to cover my eyes. Ironically, I have placed a blindfold over my own eyes.

Lately, I find myself asking, “Have I done enough for the tortured ones in my midst? Have I failed to do enough to spotlight the governments’ and rebel forces’ use of torture? At times I feel that I have done my share, but at others I believe I could have done more. In this election season, it is my moral responsibility to bring to the attention the principles of Catholic social teaching before presidential candidates and other who are seeking public office—mainly those who advocate for the use of torture.

Pope Francis has condemned the practice of torture. On June 22, 2014, from St. Peter’s square at the Vatican, he proclaimed, “Torturing people is a mortal sin. It is a very serious sin.” He reaffirms that not only is torture ineffective and illegal, but also immoral and cruel.

As we join the global community in commemorating the nineteenth anniversary of the U.N.’s International Day in Support of Victims of Torture, let us ask ourselves: What have I done for the tortured ones in my midst? And, how can I join with others in abolishing the practice of torture in today’s world? With Pope Francis and all those engaged in the anti-torture movement, "Let [us] engage and collaborate in abolishing torture and support victims and their families.”

Dianna Ortiz is a member of the Mount Saint Joseph Ursulines.  She was an elementary school teacher in schools in Kentucky and later in Guatemala.  She is the founder of the Torture Abolition and Survivors Support Coalition International in Washington, D.C.  She also has worked with Guatemala Human Rights/USA and Pax Christi USA.  Dianna is the author of The Blindfold’s Eyes: My Journey from Torture to Truth (with Patricia Davis, Orbis Books), and she has received three honorary doctorates and has received numerous awards. Sister Dianna serves as editor of award-winning Education for Justice, a project of Center of Concern and serves on the Board of Directors for UNANIMA International.

Going Deeper
Watch I Am Miriam, an anti-human trafficking video, and visit its companion website entitled, "Against Humanity”. The video tells the story of a 26-year-old Ethiopian woman who underwent torture and sex trafficking as she sought asylum from violence against her family and herself in her homeland. The website provides educational and other resources for preventing, detecting, and responding to human trafficking through individual and collective efforts.