Suffering With Others for the Sake of Truth and Justice 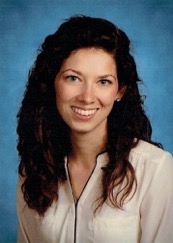 Pope Emeritus Benedict XVI said in his message to the Mexican Bishops in 2005 that “it is necessary not only to relieve the greatest needs but to go to their roots, proposing measures that will give social, political and economic structures a more equitable and solidaristic configuration.”

A few weeks ago, my fellow CCHD interns and I had the opportunity to visit a parish that has taken these words to heart. Saint Camillus serves a diverse community of around 4,500 each Sunday who come from over 100 countries.

Franciscans staff the parish and have attended to the spiritual and social needs of the community since 1984.

Just last year Saint Camillus parish made the decision to join Action in Montgomery (AIM), an organization that has received funding from the Catholic Campaign for Human Development (CCHD), and which encourages residents in impoverished or low-income neighborhoods to transform their communities. With AIM’s help, Fr. Jacek Orzechowski and a team of parishioners went door-to-door in the surrounding neighborhood to listen to the community.

They soon learned that residents of Northwest Park Apartments, a large complex near the parish, are experiencing high rent, black mold, infestations of mice and bed bugs, and broken laundry facilities. Despite complaints from the tenants, management has failed to fix any of these problems. Residents reported that if they persistently asked for any of these issues to be resolved, management threatened to discontinue that their leases. Residents fear that they will become homeless.

Many residents of Northwest Park are low-income families. Apartments there cost about $1,800 per month, or $21,600 per year. With the average family living in Northwest Park earning about $25,000 per year, two or three families sometimes share one apartment to afford the cost.

The exploitation of the tenants by the management insults the dignity of the tenant and of us all. Saint John Paul II, quoting Gaudium et Spes in Evangelium Vitae, rightly speaks of subhuman human living conditions as “infamies.” Whoever insults human dignity, he writes, poisons human society. When we neglect to care for our neighbors, or treat them in ways which degrade their inherent dignity bestowed by God, we offend God, in whose image our neighbors are created.

When the sacredness of human life is violated, our proper response should be “to suffer with the other and for others; to suffer for the sake of truth and justice; to suffer out of love and in order to become a person who truly loves—these are fundamental elements of humanity, and to abandon them would destroy man himself” (Spe Salvi). The ability to suffer with another and to become an advocate for another is part of our Christian duty.

Fr. Jacek and lay leaders in the parish seek to suffer with others for the sake of truth and justice, as they work with their tenant neighbors to improve conditions at Northwest Park Apartments. Their example recalls the words of Saint Paul: “if one member suffers, all suffer together.” Supported by Saint Camillus and other community institutions that have joined the struggle, the tenants are now standing up for their own dignity.

Hearing and seeing the work of Saint Camillus with AIM at the beginning of my internship was a tremendous blessing. Their commitment to defending human dignity is inspiring and exemplifies the complimentary roles of evangelization and social justice. The example of Saint Camillus further fuels my passion to defend and to protect man’s inherent dignity given by God, and to educate others about social justice issues in their own communities. This visit has encouraged me to learn about groups such as AIM who are making a difference in my own community and to further explore how our political, economic, and social structures can be improved in the fight for Truth and Justice.

Maria Cintorino is the education and outreach summer intern at the USCCB Department of Justice, Peace and Human Development. She currently teaches at a Catholic school in Northern Virginia.

Go Deeper! This year, 29 Catholic emerging leaders are serving in dioceses around the country in the Catholic Campaign for Human Development (CCHD) Internship Program.  Applications to the program are accepted annually, beginning in January.