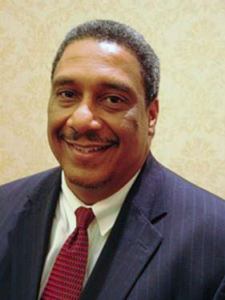 Today, as usual, I stopped by my local coffee shop where the friendly, courteous barista asked me, as she does every day, “How do you feel?”

I blurted out my routine, perfunctory, usual, everyday customary response: “Fine, and you?”

I walked out and pondered the lie. . . . I wasn’t fine. In fact, I don’t know how I feel. I returned to the coffee shop and spent an hour talking with her. Neither of us was “fine.”

After the recent killing of those sworn to protect and serve in Dallas AND the killing by  those sworn to protect and serve in Baton Rouge, Minneapolis, Baltimore, Ferguson, and so many other cities… I honestly don’t know or understand this feeling. It has gone beyond sadness, gone beyond disgust, gone beyond anger, beyond sorrow, beyond fear. This feeling for me and for so many others is new, yet to be defined or given a name.

Angrily, I am prepared to answer the standard litany of questions from folks about the victims:

“Why didn’t he just not resist?”

“Did he have an arrest record?”

“Was he married to his children’s mother?"

“Why aren’t you as upset when it is 'black on black' murder?"

“If the officers are guilty, why are there never any convictions?”

“Were the officers white?”

“Was the sniper black?”

“Was he connected to any ‘terrorist’ movements?”

Sadly, more people are killed. More people not going home for dinner tonight or ever again.

Police officers who overwhelmingly help us sleep comfortably at night and are often times underappreciated were senselessly killed as they protected folk who voiced displeasure and concern about the killing of young men around the country.

Earlier this week, we witnessed yet again young African American men killed at the hands of a system that is paid for and sanctioned by our tax dollars or by society. Young lives and children of God also taken too soon. Lives that have dignity, persons who by U.S. legal standards are innocent until proven guilty. And yes, the lives of those shot dead in inner cities are just as valued, just as precious. Life matters. For urban youth, for law enforcement, for us.

… I don’t know how I feel as I joyfully celebrate progress while simultaneously sadly lamenting regress. Poverty, crime, unemployment, environmental racism, and despair flourish throughout the country, yet disproportionately in black and brown communities.

…I don’t know how I feel. I have so many good friends in law enforcement, mostly in North Texas, including Dallas, who are experiencing intense pain, and feeling vulnerable and exposed as they protect and serve with dignity and professionalism.

… I don’t know how I feel when folks still find comfort in asking the same old, tired questions that seem to comfort and appease their consciences and not address the problems.

There will be vigils, prayers, protests, and screams of anguish, trials, and tons of tears but will there be change?

I don’t know how I feel . . . hopeless, in despair, weak, I just want to just sleep, but can’t. Because to use the mantra of the new movement, I have to “stay woke”. To heed the words of Pope Francis, “Let no one consider themselves to be the 'armour' of God while planning and carrying out acts of violence and oppression!” To heed the words in Matthew 26:52: "Put your sword back in its place," Jesus said to him, "for all who take the sword will perish by the sword."

I don’t know how I feel, but I feel like there has to be a better way.

A retired prison warden friend of mine reminded me that on most prison yards, there are no guns. Prison guards don’t have them and yet they figure out a way to take down the most hardened criminals without shooting or killing them.

I feel encouraged by this new movement of young folk of all races that seem to have more energy, more clarity, and more optimism than movements of the past. For the most part, they are peaceful and determined.  They are not giving up.

Ralph McCloud serves as the director of the USCCB Catholic Campaign for Human Development. Learn more about the work of CCHD and follow on Twitter @EndPovertyUSA.