Love Must Win Out 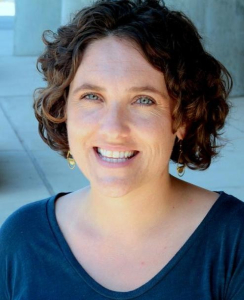 For nearly a year now, I have had the distinct privilege of accompanying two asylum seeking families from the Horn of Africa. When I look back at the appeal letter that I wrote to garner support for their arrival in South Philadelphia, I am both humbled by what has transpired since and embarrassed by how naive I was when the journey began.

I believe in the power of advocacy. I work on systems change. I go to protests to shine a light on injustice and I have made a career of helping urban neighborhoods build capacity to fight the effects of poverty.

What I have not done is let love prevail. Until this year. Which is why, now, I believe firmly that love sits at the intersection of mercy and justice. Not the love of paper valentines and heart shaped boxes of candy, but a radical, transforming love manifest to us in the Incarnation.

My part of the story begins in late August of 2015 when, in response to the call of Pope Francis to give shelter to migrants and refugees, St. Thomas Aquinas parish and the adjacent social justice center, which I direct, began to consider providing material support for specific families. This would be above and beyond the work that we already do as a community of immigrants and refugees around education, advocacy, leadership development, legal outreach, streetscape revitalization, and more.

As I wrote to donors then, the story of the two families that we did receive is a universal tale of struggle to find safety and a chance at a better life. They escaped torture and assault. They made their way from one country in Africa to the next, up on through South America and eventually to the Texas border. When these two single mothers and their young children landed in a detention facility in Pennsylvania instead of the wide open streets of a democratic America, it was compassionate pro-bono legal counsel who contacted me to discuss the prospect of finding a welcoming community to support them. It turns out that, while Immigration and Customs Enforcement (ICE) would not allow them individual freedoms while awaiting an asylum hearing, they could be "signed for" by a U.S. citizen with a valid address and be released to his or her care.

Fighting for justice, motivated by righteous anger, does not sustain you when the system is this broken. The flame burns you up and out. I have seen this happen to dear colleagues and I've suffered from it myself. The difference this time was that I took on the system in the context of a loving community of believers who proclaimed hope in the face of despair and I did so without a political agenda. There is a valiant and important movement to close the detention center where these families were held, but this round, that wasn't where my efforts were focused.

Instead, I was asked to enter into the suffering of strangers by staying present with them, every day, rain or shine, for fun errands like shopping for Christmas dresses and in the profoundly raw moments of listening to a proud, beautiful 25 year old woman sob with the indignity of having to explain why she needed to find a long skirt that would cover the lacerations caused by the ICE issued ankle monitor bracelet, a condition of her release from the detention facility.

In 1977, a few years before he was murdered in the act of celebrating Mass, Blessed Oscar Romero said, "Let us not tire of preaching love; it is the force that will overcome the world. Let us not tire of preaching love. Though we see that waves of violence succeed in drowning the fire of Christian love, love must win out; it is the only thing that can." This kind of love is what these two women and their children have demonstrated to me during our time together.

Love says goodbye to your parents and siblings in the hope that you can make more of a difference in their lives by leaving than by staying.

Love is months on the road, at the hands of smugglers, in order to extract your four year old from what will be a life of famine or military conscription by a corrupt government.

Love is not giving up on humanity when you ask for asylum from the nation held up as a model of a free and fair society and instead, authorities place you in a prison.

Love maintains a persistent, echoing cry for medical care when that four year old son is plagued by gastrointestinal viruses that rip through the close quarters of the detention facility in the same way cholera and dysentery take hold in a refugee camp in a developing country.

Love hopes all things, even when your court date for a preliminary hearing is postponed yet again.

For one of these families, love did win out. The first pair were granted asylum in late May, which situated them to receive refugee style benefits and we were able to match them with an affluent suburban parish to accompany them for the next year of life in America. For the second, the finish line keeps getting moved, even as they become more and more invested in the life of our parish and take on a larger part of my heart. While I continue to see my calling as one of fighting injustice through advocacy and innovative community building projects, I have learned that the work must be rooted in love, for this is the only force that will overcome the world.

Bethany J. Welch, Ph.D. is the founder of the Aquinas Center in Philadelphia, PA and recipient of the 2014 Cardinal Bernardin New Leadership Award granted by the Catholic Campaign for Human Development. Nominations for the 2016 awards are being accepted through July 31, 2016.