The Enchantment of Assisi 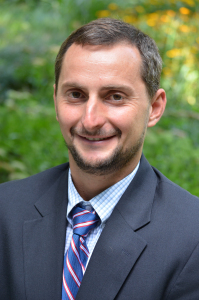 Thirty years ago in Assisi, on October 27, 1986, Pope John Paul II sponsored a historic meeting among the world’s religious leaders to pray for peace. “On that day I heard the world's heart-beat,” said a cardinal. To describe the historic event, the Polish Pope coined the term “spirit of Assisi” and the meetings with world religious leaders have been repeated by popes ever since.

Last week it was up to the Pope called Francis, who broke a one-thousand-year tradition in papal nomenclature to honor the saint of Assisi[1], to sponsor the event. The “spirit of Assisi” and its call for ecumenical unity was already evident in the ecological encyclical Laudato si’, named after a canticle pronounced by the Umbrian saint. Humility, simplicity, brotherhood, and care for the poor and for creation have all been hallmarks of the current papacy. In fact, a quick look at the ecclesial landscape of today gives the impression that St. Francis seems as relevant and revolutionary as he was eight hundred years ago when he walked through the forests of Umbria.

Speaking from personal experience, it almost feels like Francis is living and breathing in those forests to this day. This summer I walked the Via Francigena (Franciscan Way) from Rome to Assisi along the very same paths travelled by the saint. From the moment I encountered the first Franciscan shrine on the Via, the monastery called La Foresta (the forest), I felt like I had stepped into an enchanted world. At La Foresta one can kneel in the ancient chapel where Francis prayed and wind down into the cave where he composed the famous Canticle of the Sun, Laudato si’… This enchanted aura persisted for the next ten days as I weaved my way through olive groves and medieval villages all the way to La Verna in Tuscany, where St. Francis received the stigmata.

Perhaps I was so struck by this enchantment because of the contrast with the empty sterility of the world outside[2]. This sense of loss and indifference in the world was the point of Pope Francis’ prophetic address last week at the birthplace of his namesake: “God asks this of us, calling us to confront the great sickness of our time: indifference. It is a virus that paralyzes, rendering us lethargic and insensitive, a disease that eats away at the very heart of religious fervour, giving rise to a new and deeply sad paganism: the paganism of indifference.”

St. Francis, with his life and witness, proposed an antidote to the malaise of indifference. As a young wealthy man, Francis of Assisi was “upset” with the opulence of his time and decided to live a life of simplicity. The Pope suggests that St. Francis associated the indifference to the suffering of the poor with the indifference shown to Jesus himself: it was the love of Christ who was being rejected. The Pope explained: “ 'Love is not loved'; this reality, according to some accounts, is what upset Saint Francis of Assisi. For love of the suffering Lord, he was not ashamed to cry out and grieve loudly (cf. Fonti Francescane, no. 1413). This same reality must be in our hearts as we contemplate Christ Crucified, he who thirsts for love… Before Christ Crucified, 'the power and wisdom of God' (1 Cor 1:24), we Christians are called to contemplate the mystery of Love not loved and to pour out mercy upon the world.”

The key to the enchantment of Assisi is the love that comes from Christ crucified. This is the secret recipe to the grace that flowed from the man of Umbria and enchanted the world around him. Like St. Francis, we are called to do the same: “On the cross, the tree of life, evil was transformed into good; we too, as disciples of the Crucified One, are called to be ‘trees of life’ that absorb the contamination of indifference and restore the pure air of love to the world.” We must be these “trees of life” in a dying world. But concretely, how can this be done?

Pope Francis gave a very specific answer earlier this month: “there is nothing that unites us to God more than an act of mercy…” In this same address which opened the Season of Creation[3] the Pope introduced a new item on the list of the spiritual and corporal works of mercy. “So let me propose a complement to the two traditional sets of seven: may the works of mercy also include care for our common home. As a spiritual work of mercy, care for our common home calls for a ‘grateful contemplation of God’s world’ (Laudato Si, 214) which ‘allows us to discover in each thing a teaching which God wishes to hand on to us’ (ibid., 85). As a corporal work of mercy, care for our common home requires ‘simple daily gestures which break with the logic of violence, exploitation and selfishness’ and ‘makes itself felt in every action that seeks to build a better world’ (ibid., 230-31).”

If we want to become “trees of life” in this world, inhaling indifference and exhaling love, we need to unite ourselves to the “Tree of Life”, Jesus Christ.

The small quotidian gestures such as picking up trash, contemplating nature on an afternoon walk, recycling and reusing, enjoying the starlit sky and turning off unnecessary lights can unite us to the gentle reverence of Jesus Christ. This love in action can also lead us to greater awareness of the needs of others and acts of mercy and solidarity towards them.

Like a great Poinciana tree, composed of miniscule leaves that inhale carbon dioxide and exhale oxygen, these small acts of love can begin to breathe life into an indifferent world.

Ricardo Simmonds is the Environmental Policy Advisor for the Office of Domestic Social Development, within the Department of Justice, Peace and Human Development of the USCCB. Going Deeper Visit the USCCB Environmental Justice Program page. Check out organizations supported by the Catholic Campaign for Human Development working for environmental justice. [1] The last Pope to choose a new papal name was Pope Lando in 913. I am excluding John Paul I who in 1978 chose to honor his two immediate predecessors, John XXIII and Paul VI, by combining their names. [2] The reflection on the disenchantment of modernity is not new, and in the background we can hear the voices of Schiller, Max Weber, Charles Taylor and others who explored the many reasons why life in our secularized modern world can feel stale and empty at times. [3] The Season of Creation begins on September 1st and ends on October 4th, Feast of St. Francis of Assisi.