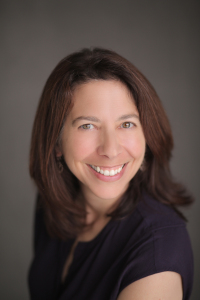 Not so long ago, members of the Diocese of Salt Lake City’s Peace and Justice Commission met with two Muslim couples to talk religion. We shared food, stories about our children, and delved into the world of Islamophobia in Utah in general and among Catholics in particular.

The dialogue was fruitful, enjoyable, and enlightening. It was also, sadly, far too necessary.

A recent study from Georgetown University shows just how desperately we need to have such conversations. In a survey of Catholics, researchers discovered that we know little about Islam, one of the five major religions in the world. More concerning, we are also prone to believe the hyperbole spewed against all Muslims, especially when those negative opinions are seen or heard through political channels disguised as Catholic media.

The study found that almost one half of Catholics believe there is no common ground between Muslim believers and Catholics. This despite the fact that both religions believe in one God, and Mary is also venerated in the Islamic tradition. Granted, Islam does not view Jesus as God, but he is seen as a prophet who performed miracles with the permission of God.

Saint Pope John Paul II noted our common cause with Islam in 1999: “I believe that we, Christians and Muslims, must recognize with joy the religious values that we have in common, and give thanks to God for them. Both of us believe in one God, the only God, who is all justice and all mercy; we believe in the importance of prayer, of fasting, of almsgiving, of repentance and of pardon; we believe that God will be a merciful judge to us all at the end of time, and we hope that after the resurrection He will be satisfied with us and we know that we will be satisfied with him.”

Given not only our similarities but also our weekly practice of communion with others, it is distressing to find that most Catholics don’t even know someone who is Muslim. Utah’s Muslim population is admittedly small, but also near. We have Muslim students in our schools, Muslim neighbors, and serve many Muslim refugees. In a time when our church is fighting for religious freedom, it seems imperative that we reach out to those of other faiths, especially faiths that are being negatively targeted within our own country, and learn from each other about the full meaning of such freedom.

Our Muslim brothers and sisters are engaging in deep discussions about religious freedom. In January of this year, Muslim religious and civic leaders and academics gathered at a meeting in Marrakech little noted in American media. These leaders from over 100 Muslim-majority countries met to address the persecution of religious minorities, including Christians, by extremists within their borders and developed a declaration, or “contracts of mutual care,” in which they pledged to protect the rights of these minorities within their countries and to counteract the misappropriation of the tenets of their faith by extremists.

The discussions among attendees reflect the South African spirit of Ubuntu – we are all related and are all responsible for one another; your well-being is mine, and mine is yours; we are all vulnerable and this is our human state. While similar to much of our Catholic teaching, Ubuntu is quite a contrast to the current political discourse in our country, which proposes religious tests for refugees seeking safe passage out of war zones and denigrates all people of one faith based on the misuse of the teachings of the faith by a few.

The leaders at Marrakech and Saint John Paul II were privy to far greater knowledge of the tenets of both Christianity and Islam than I possess. But as I spoke with our Muslim guests at the commission meeting, I found concordance not only in the teachings of our faith, but also within our shared experience. All of our guests faced hardships I could never imagine – escaping wars in their homelands to find themselves in an entirely unfamiliar American culture. But three of us also shared very similar concerns as we prepared to send our children, who were then seniors at Judge Memorial Catholic High School, off to college.

That shared concern for our young sons on the brink of manhood is really what Christian-Muslim relations in the United States should be about – recognizing we are all related, we are all responsible for one another, we are all vulnerable, and this is our human state.

Jean Hill is the director of the Peace and Justice Department for the Diocese of Salt Lake City.

Going Deeper! Visit WeAreSaltAndLight.org for helpful resources from the USCCB Secretariat for Ecumenical and Interreligious Affairs to reach out to, and collaborate with, other faith traditions.