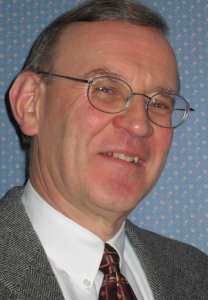 In the wake of the tumultuous, divisive, and bitter 2016 Presidential Election marked at times with unspeakable vulgarity and personal character attacks the like of which we have not seen in our lifetime, many are now wondering what the results mean and what the future holds for our nation. I certainly am among those.

Can we return to the common good? Can we heal?  Can we retain the morality and civility of our society by re-embracing the dignity of every human person?  Do we accept the social Gospel message to be the keepers of our brothers and sisters in need?

As we ponder this as a nation, I also think about what this means for those of us who work directly with persons in poverty. For more than 175 years, seeking, listening, and ministering to the invisible in our midst has been the distinctive call of the Society of St. Vincent de Paul. To use Pope’s Francis’s imagery, our Society has been doggedly fighting the “throw-away culture” he describes so vividly – one in which the poor, the alienated, the marginalized, and the vulnerable are ignored and discarded like pieces of trash.

Let us pray that we can heal in the spirit of the “field hospital” that Pope Francis describes as one critical role of the Church. And, as Catholics, let us position ourselves as Blessed Frederic Ozanam would have us do in the middle of the “warring factions” on the battlefield, whether the fight is about class, race, income distribution, care of the poor, education, hunger, employment, trade, health care coverage, immigration, climate change, foreign policy, or any of the many issues that confront and confound us.

But we must also do more than just bind wounds and bring about a cease-fire. As Catholics, we are called not only to charity but to justice as well. For there to be sustained, real progress – or, in other words for divisiveness to be healed, for the President-elect to be a true leader of all the people, for the throw-away culture itself to be abandoned – the underlying causes which opened the wounds and started the warring in the first place must be identified, addressed, and remedies begun.

In the uncertain years ahead, the faithful can be a vital voice helping move our country and the new Administration toward that type of real progress and away from rhetoric. We have, as the Bishops teach and the Pope has repeatedly reinforced recently, a “moral obligation” as Catholics to do this.

We must continue to be the Voice of (and with) the Poor, but we are now challenged to understand that in a new and broader way than before these elections.   Since we have come to see so clearly the extent of the alienation, the disenfranchisement, and the sense of powerlessness and hopelessness, we cannot fail now to open even wider our eyes and our hearts.  We must also be willing to work with those with whom we may not seem initially to share similar goals, aspirations, approaches, and fundamental understandings of our spiritual and human nature.

Working as we do with those who are poor, marginalized, and alienated on a daily, personal basis, we have much to bring to this collective national discussion on which we have now embarked post-election. We not only can help guide and inform new policies, legislation, and approaches that will be considered, but also interpret the ones that are pending for our fellow Catholics and others of faith and good will.  We have a singularly important role to play.

With the guidance of the Holy Spirit, let us re-double our commitment to charity and justice for all, and let us broaden our understanding that being a Voice of the Poor extends to all who are feeling left out – in whatever form that may take. Irrespective of where we may be in our understanding and discernment, let us prayerfully seek and spread the enlightenment, good news, and joy of the Gospel to the all too numerous social concerns of our time and to troubled individuals, including ourselves.

Tom Dwyer is the Chair of the National Voice of the Poor Committee, Society of St. Vincent de Paul.

Going Deeper  As our country seeks to heal following a season of division, use these resources from WeAreSaltAndLight.org to assist your efforts to encounter and reach out to others.