The Centrality of Gospel Nonviolence 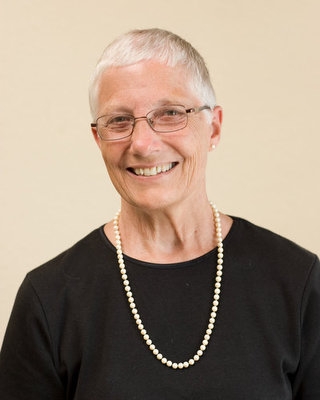 Many people around the world are living and making peace, caring about each other, and striving for social justice and right relationships with the rest of creation. Yet, war, gang violence, gun violence, terrorist attacks, fear and enemy-making, and the structural and systemic violences of poverty, racism, environmental destruction, and gender violence are present in every person’s life…virtually, if not personally.

For decades many of us have been asking: Is there another path for the human community to take that will lead us beyond perpetual violence and war?

Pope Francis’ World Day of Peace message on Nonviolence: A Style of Politics for Peace is challenging all of us to learn more about active nonviolence and help our world move in a direction that better reflects Jesus’ teachings and way of life. Anyone who – has read in Tattoos on the Heart about Father Greg Boyle’s work with gang members in Los Angeles; has seen the impact of restorative justice practices in local schools; has studied Poland’s Solidarity movement; knows how India gained independence from England; remembers the civil rights era in our own country; or understands the significance of Standing Rock has some idea of the power of active nonviolence.

In April 2016, 85 people from around the world gathered for a conference in Rome on nonviolence and just peace. Invited by the Pontifical Council for Justice and Peace and Pax Christi International, many participants in the Rome conference came from countries that have been at war or dealing with serious violence for decades. While acknowledging the difficulties, even danger, of persistent, active nonviolence, participants in the conference shared stunning examples of effective peace building in South Sudan, Afghanistan, the Philippines, Colombia, and elsewhere, and recognized that communities of faith are contributing to the development of other routes than violent ones to solve crises.

The Rome meeting has generated a lively conversation on active nonviolence as a way of life, a positive and powerful force for social change, and a process for ending violence without violence, transforming conflict, and protecting vulnerable people. Given the effectiveness of strategic nonviolent practices in different situations of violent conflict and the fact that nonviolence is often misrepresented or misunderstood, the outcome document of the Rome conference, An Appeal to the Catholic Church to Re-Commit to the Centrality of Gospel Nonviolence, asked Pope Francis to write an encyclical on nonviolence and just peace. Participants called on the whole institutional Church to study Gospel nonviolence and to focus on the development of nonviolent tools that can help the world move into the future on a different path.

The Catholic Nonviolence Initiative, a project of Pax Christi International in collaboration with other Catholic organizations offers many resources that can deepen our understanding of and commitment to Gospel nonviolence.  Begin by reading about the Rome Conference on Nonviolence and JustPeace on website of the new Dicastery for Promoting Integral Human Development (formerly the Pontifical Council for Justice and Peace) at http://www.iustitiaetpax.va/content/giustiziaepace/en/eventi/convegni-realizzati/2016/nonviolenza-e-pace-giusta--un-contributo-alla-concezione-cattoli.html.

Marie Dennis is Co-president of Pax Christi International. She worked for the Maryknoll Missioners from almost 25 years, ultimately as director of the Maryknoll Office for Global Concerns, and was a prime organizer of the April 2016 Rome conference on Nonviolence and Just Peace, which called on Pope Francis to write an encyclical on nonviolence and on the Catholic Church worldwide to recommit to the centrality of Gospel nonviolence.