A Letter from the Heart of an Undocumented Immigrant

In recognition that this is National Migration Week and at the invitation of the National Council of the United States Society of St. Vincent de Paul’s Voice of the Poor Committee, for the first time I am telling my story of coming to the United States as an undocumented immigrant. Our two children, Lizza and Alfonso Jr., and I were born in Tijuana, Mexico, next to the southwest border with USA. My husband, Alfonso, was born in a small town in the State of Jalisco, México. 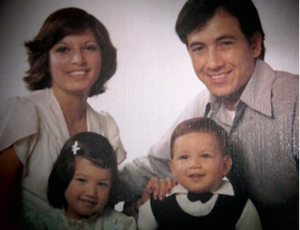 Margarita with her husband and children in the 1970s 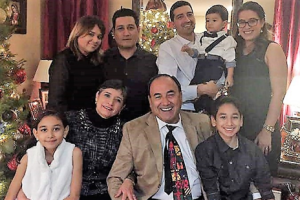 Margarita, her husband, Alfonso, and their extended family at Christmas 2016

On the other hand, we continue to maintain strong relationships in our birth country. We are the lucky ones to have had the opportunity to access the best from both countries and to celebrate both cultures – not assimilate the USA culture, but to blend both. I believe we need to share our stories. Some, like mine, are relatively easy, but others are very hard, sad, and dangerous. We are human beings, created in the image of God, too, with dreams and hopes like every other person. We simply wish to be able to do better for our family, our communities, for the poor, and for our country. Margarita Galindo is Vice-President for Hispanic Involvement at the National Council of the United States Society of St. Vincent de Paul.