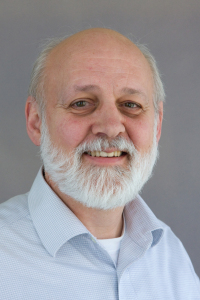 In 2013, Catholic Relief Services (CRS) was awarded a grant to begin a new peacebuilding initiative across six countries on the African continent. Called CIRCA (Capacity for Interreligious Community Action), it has aimed to develop new attitudes, knowledge, and skills among staff and partners for more effective grassroots Muslim-Christian cooperation.  The initiative grew out of local concern about growing interfaith tensions and sporadic acts of violence in East Africa, growing isolation and declining levels of trust among faith communities in Egypt, and the risk of escalating religious extremism in northern Nigeria and Niger. We were especially blessed in the search for a CIRCA project manager. As I consulted broadly, I was asked to consider a recent graduate of the M.A. program in peacebuilding at the University of Notre Dame named Shamsia Ramadhan.  Not only did she have a solid background in Catholic social teaching and excellent people skills, she was a devout African Muslim. Since late 2013, Shamsia Ramadhan has been leading workshops with youth and community leaders across Africa on the scriptural foundations and teachings on peace and justice of both Islam and Christianity; on the importance of mutual respect and openness to the “other;” and on practical skills needed to bring people together around local development or “connector” projects. She has simultaneously designed a detailed guidance document for those who wish to replicate or adapt the CIRCA trainings. On my last international trip before retiring from CRS last October, Shamsia Ramadhan and I joined CRS colleagues in Mindanao in the Philippines to share interreligious experiences from the Philippines and the Balkans, as well as the Middle East and sub-Saharan Africa. In an extraordinary Oblate parish there, my colleagues and I listened as Muslim, Christian, and indigenous Lumad women told of their shared experiences with armed violence and their efforts for peace.   The mutual respect among them was obvious.  Such respect is foundational to interreligious dialogue and to practical interreligious action for peace. CIRCA testifies to what Pope Francis stressed in his most recent World Day of Peace message: no religion is terrorist and violence profanes the name of God. Many Christians and Muslims possess a common thirst for interreligious cooperation. I am grateful to have witnessed the impact that Christians and Muslims working together can bring to bear in Africa and so many global contexts. Tom Bamat is a sociologist and independent peacebuilding consultant.  A former Maryknoll lay missioner, he was CRS' senior advisor for justice and peacebuilding 2007-2016.  Going Deeper! Learn more about CRS’s peacebuilding efforts around the world. Reflect with Pope Francis on his World Day of Peace message, Nonviolence: A Style of Politics for Peace