Get Ready for World Refugee Day! 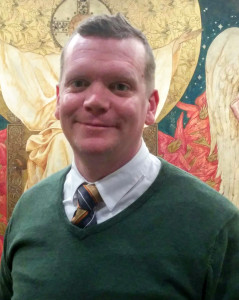 Every year on June 20, the international community acknowledges World Refugee Day. World Refugee Day provides an opportunity to reflect on the conditions confronting the millions of people who have been forced from their homes and countries under threat of persecution and possible death and to acknowledge their humanity. The United Nations High Commissioner for Refugees estimates the number of forcibly displaced people globally to be at about 65.3 million, including 21.3 refugees. We are today experiencing the largest refugee crisis since the end of World War II. This is a troubling fact that deserves careful attention and global collaboration. World Refugee Day provides us all an opportunity to better understand the international circumstances that give rise to displacement, the various solutions that are in place to respond to the problem, and the important role of the U.S. resettlement system in this process. While important, it is not enough for us to merely learn about refugees; we must also act and advocate in solidarity with them At a recent audience of Catholic and Lutheran pilgrims, Pope Francis emphasized this point, declaring that “you cannot be a Christian without living like a Christian… It is hypocrisy to call yourself a Christian and chase away a refugee or someone seeking help, someone who is hungry or thirsty, toss out someone who needs my help.” Spurred by the Holy Father’s words, we turn to numerous refugee crises around the world about which we can both learn and act upon. The crisis in Syria and Iraq continues to be a pressing concern for the leadership of the Catholic Church as countless millions of men, women, and children continue to be displaced and persecuted because of the ongoing conflict. The forced migration of children and families from the Northern Triangle in Central America is also a troubling phenomenon. In both situations, the Catholic bishops of the United States have called for expanded protections for the most vulnerable populations in these migrant flows. It is imperative that the international community of nations and civil society, including faith communities, work together in both challenging situations, addressing the root causes of forced migration and putting into place solutions that will provide alternatives to forced migration in both regions. While both Syria and Central America continue to be a source of troubling refugee crises, we should not forget other parts of the world wherein forced migration is also ongoing phenomenon. The conflict in South Sudan has stretched on for over four years, and is Africa’s largest displacement crisis today. As of October 2016, 1.2 million people had fled South Sudan as refugees to neighboring countries. Other sizable populations have fled the Democratic Republic of the Congo, Eritrea, Somalia, and elsewhere in recent years. We invite you to download, distribute, and use our World Refugee Toolkit, which contains spiritual-related resources, as well as advice on how to use media to draw attention to the problem, and suggested initiatives that you can use in your local community. Additionally, a series of other resources is available that highlight various aspects of the refugee resettlement program is available. These publications were created to help you better understand issues related to refugees and other forms of forced migration. Finally, in addition to learning about these issues, it is important that we act. One way that you can do this is by signing up for the Justice for Immigrants campaign. By doing so, you will receive information about new resources as they become available alongside time sensitive action alerts. By engaging these alerts, you will be in a position to help shape public policy on migration related issues and to help ensure that the human dignity of migrants is respected in the law and in our communities. Todd Scribner is the Education Outreach Coordinator for Migration & Refugee Services at the USCCB.