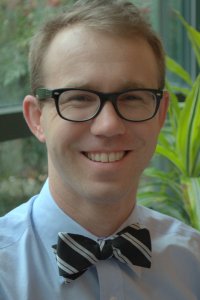 We come to enjoy true freedom when our restless hearts find rest in the truth. The great twentieth century philosopher, St. Teresa Benedicta of the Cross – or, Edith Stein – discovered truth in the writings of St. Teresa of Avila, and sought freedom by entering the Discalced Carmelites.  The convent didn’t stop her from reaching out.  During the rise of Nazism, Stein spoke up. She wrote to Pope Pius XI asking the Church to speak up on behalf of persecuted Jews, and she wrote her autobiography, Life in a Jewish Family, “as a way to combat racial hatred.”  She was captured in 1942 and taken to Auschwitz, where she died in the gas chamber shortly after arrival.  Stein was executed primarily because she was Jewish, and the Catholic Church considers her a Christian martyr, because she bore witness to her faith in Jesus before her executioners. Having spent much of my life in the university, I admire Edith Stein. Her intellectual vocation led her to faith, her relationship with God led her to prayer, and her life of prayer was bound up with her outreach to others.  She enjoyed an interior freedom that opened out to service. We can grow in both interior freedom and solidarity with others through prayer. In prayer, we express our dependence on God, and we take on the burdens of those for whom we pray.  During this Fortnight, here is how I will be praying:

Please join me in praying for our neighbors, co-workers, and fellow Americans, that we all will be free to seek and live out religious truth. Aaron Matthew Weldon is Religious Liberty Program Specialist for the United States Conference of Catholic Bishops.