On World Day Against Trafficking, Learn, Pray and Act

If you think that slavery in the United States ended in the nineteenth century, you would be wrong. There is an estimated 21 million individuals worldwide who have fallen victim to human trafficking, and many of them are here in the United States. July 30 is the World Day Against Human Trafficking.  It is an opportunity to learn about the issues, pray for the victims, and act. According to the UN Office on Drugs and Crime, 55% of trafficking victims are women and girls and a majority of victims are trapped in situations of labor trafficking and sexual exploitation. Pope Francis reminds us, “Modern slavery . . . is a crime against humanity. Its victims are from all walks of life, but are most frequently among the poorest and most vulnerable of our brothers and sisters.” Research and case studies have indicated that individuals in situations of forced migration, notably refugees and unaccompanied children, are often most vulnerable to traffickers. The elimination of human trafficking, and providing assistance for trafficking victims, are of vital importance to the Catholic Church. The Church’s commitment to protect human life and dignity is the foundation for its work to eradicate this terrible crime. For over a decade, the United States Conference of Catholic Bishops’ Migration and Refugee Services (MRS) has been a leader in the U.S. and global response to human trafficking. Through an agreement with the Department of Health and Human Services (HHS) Office of Trafficking in Persons, USCCB/MRS provides case management to foreign-born victims of trafficking and derivative family members as part of the Trafficking and Victims Protection Act (TVPA). Other, more recent legislative victories, such as passage of the Frederick Douglass Trafficking Victims Prevention and Protection Reauthorization Act (TVPRA), have continued progress on this issue. This year’s World Day Against Trafficking presents an opportunity for all Catholics to heed the call from the Scriptures and Pope Francis to care for those who are vulnerable. You can join the fight against human trafficking by following a few simple steps:

Today, remember to keep the victims of trafficking in your prayers, and join the USCCB in engaging citizens to become active in combatting trafficking and offering support for the many victims affected. O God, who led Saint Josephine Bakhita from abject slavery to freedom, so that the dignity of being your daughter and a bride of Christ could be recognized; grant, we pray, that by her example we may show constant love for the Lord Jesus crucified, remaining steadfast in charity and prompt to show compassion. Through Christ our Lord. Amen. Saint Josephine Bakhita, pray for us! 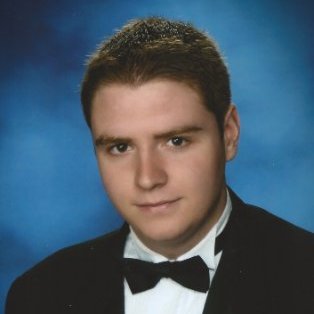 Nick Schmitz is a summer intern for USCCB Migration and Refugee Services and a student at the University of Maryland.

Going Deeper Read a story about how one parish in Houston, TX, the Co-Cathedral of the Sacred Heart, is working with USCCB's Amistad Movement to educate and fight against human trafficking.