Engaging in Authentic Encounter: A Lesson from 5th Graders

“I cannot engage in dialogue if I am closed to others. Openness? Even more: acceptance! Come to my house, enter my heart. My heart welcomes you. It wants to hear you. . . This capacity for empathy leads to a genuine encounter – we have to progress toward this culture of encounter.”  (Pope Francis—Meeting with Asian Bishops, August 17, 2014 )

There are very dramatic instances of these types of encounters in the scriptures and from many holy women and men in the past. However, fifth graders from St. Paul, Minnesota, provide us with a perfect, down-to-earth example of what Pope Francis is talking about. On Wednesday, May 24, 5th grade students from St. Mark’s Catholic School and Al-Amal School met each other at a park after exchanging letters for several weeks. In the words of one 5th grader from St. Mark’s Catholic School, this engagement began because "You’re Muslim, we're Christian, and we want to be friends." Kelley Stoneburner, a counselor at Al-Amal School, established the first contact with St. Mark’s School. Kelly has a nephew that attends St. Mark’s School; she reached out to Rachel Ogard, the 5th grade teacher at St. Mark’s School, and proposed the idea of having the students become pen pals. Ogard said, “We both wanted to do something to bridge the two cultures, and help the kids really see that, although there are religious differences between us, we are really very alike in many ways.” St. Mark’s School was very supportive of the proposal. In preparation for this encounter, principal Zachary Zeckser taught the 5th graders at St. Mark’s School a class on Abrahamic religions. “God wants us all to be one,” Principal Zeckser shared with the students as he explored the commonalities between the Jewish, Islamic, and Christian traditions. The students introduced themselves through their letters; they were intrigued by their differences in culture and faith. They learned new things about each other—like how long Catholic prayers can be and what the hijab is. Ogard shares that her class learned “that many of the kids at Al-Amal School had parents who were foreign born and many spoke several languages…and many of the kids LOVE soccer!” At Merriam Park, the students played a game of soccer, exchanged personal emails, and introduced their pen pals to their friends. Ogard expressed that the students desired to form friendships outside of the school setting. It was quite simple for them—they met and welcomed new friends into their life. They took the risk of branching out and embracing others in their diversity and discovered the beauty of acceptance. This example is both inspiring—and challenging—for me as an adult. As hard as I work at being open and accepting others as they are, it is still tempting for me to create barriers and filter openness. It seems unnatural for me to jump into uncomfortable territory and establish connections without reservations. I resonate with Principal Zeckser’s observation that adults can be hesitant, while the children are open and capable of love and relationships with others. Principal Zeckser recounted an experience he had while inquiring about the most appropriate way to greet the mothers of the children from Al-Amal. An eager 5th grader from St. Mark’s School who overheard his conversation interjected, “Yeah, don’t shake their hand—just go say ‘hi’ to them!” In the current climate of fear and discrimination in our world, these 5th graders’ gesture is a powerful testimony of authentic encounter. Their actions say: my heart welcomes you. 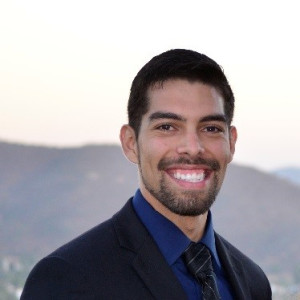 William A. Petry is a summer intern for the Catholic Campaign for Human Development at the U.S. Conference of Catholic Bishops and a student at Ave Maria University in Florida.

Going Deeper This inspiring story was also recently featured on WeAreSaltAndLight.org!  Read it here and view photos from the students’ interfaith encounter.