Improving relationships between whites and people of color

“We’re bringing slavery back.” These words were told to a friend of mine’s 10-year-old son recently while at school in Indiana. He is black and faced taunts and harassment at school for several days. When his mom attempted to contact the teacher to address the issue she received no reply.

I myself have experienced such prejudice first-hand on many occasions. Several years ago a devoted Catholic woman whom I consider a part of my family discovered I was dating a black woman and told me “I’m not one of those KKK people but I think there are enough white women that you shouldn’t be dating [a black woman].”

As we look around our modern times we can clearly see that racism still exists in our society. Hate crimes are on the rise, white supremacy and white nationalism are coming back into the mainstream. An Associated Press survey, conducted in 2012 with researchers from Stanford University, the University of Michigan, and the University of Chicago, found that 51% of participants held explicitly racist views toward black people. A similar study was done in 2011 and 52% of those participants reported anti-Hispanic attitudes. Such prejudice was found across the partisan spectrum.

Archbishop Kurtz in 2015, then-president of the United States Conference of Catholic Bishops (USCCB), spoke on the effects of racism in America: “A violent, sorrowful history of racial injustice, accompanied by a lack of educational, employment and housing opportunities, has destroyed communities and broken down families, especially those who live in distressed urban communities. Confronted by these realities, the familiar words of Blessed Pope Paul VI still resonate and continue to call us to action in our day: if you want peace, work for justice …The bishops called for decisive action to eradicate racism from society and considerable progress has been made since 1979. However, more must be done.”

We can see the reality of racial injustice and disparity that Archbishop Kurtz speaks of in our own state of Iowa.

According to the Sentencing Project, a non-partisan organization that studies racial disparities in incarceration and promotes restorative justice alternatives to prison, nearly 26% of Iowa prisoners are black while only 3% of the total state population is black. The state of Iowa is in the top five of highest incarceration disparity rates for black folk, with a rate more than 11 times that of whites. For Latinos the disparity is much smaller, though the incarceration rate is still almost double that of whites.

Despite these disparities, there are reasons to be hopeful for positive change. The Chief Justice of the Iowa Supreme Court remarked in his State of the Judiciary address in 2015 on the efforts by law enforcement, school officials, community members, and others to work with a restorative justice approach to help reduce this disparity and provide more support to those in need.

A shining example of the good work towards peace and justice in our own state is that Iowa was first in the nation to pass a “racial impact” law in 2007 that required any increase in penalties or creating new crimes be studied to see how such legislation could potentially impact people of color disproportionately compared to white citizens to help prevent racially motivated laws to be enacted. More still needs to be done.

In the face of these somber facts a task force was convened by the USCCB and chaired by Archbishop Wilton Gregory of Atlanta. His recent report to the November Assembly of U.S. bishops recommended that the faithful engage in prayer for peace in our communities, open channels of dialogue with communities affected by racism, and that the church “find its bold prophetic voice” among other things.

Dialogue asks of us to leave our own places of comfort where we dominate and reach out to others so that we may hear their stories and their experiences. This can be challenging when others’ experiences do not readily match up to our own personal perspectives or experiences, but this makes dialogue even more important especially if we are not the ones regularly receiving the insults, oppression, and hate of racism.

We can begin to engage in such a dialogue by reading books and experiencing art and culture by people of ethnic backgrounds different from our own, greet one another on the street with smiles and charitable “hellos”, engage in conversation with others from various backgrounds, contact organizations that serve predominantly people of color and ask if you can make a visit and hear their stories, and speak out when you encounter racism in your own life. These are just a few ways for us to engage in building peace and nurturing relationships with our neighbors.

Our Catholic faith also has a vast treasure to be discovered in the lives of saints from across the globe. There are more saints of the African continent than the entire continent of North America. Several American saints, or those in the process toward sainthood, have African, Native American, Latino and Pacific heritage. Discover these holy men and women like Venerable Pierre Touassaint, St. Kateri Tekawitha and Servant of God Thea Bowman, to name a few. Pray for their intercession that there may be greater peace in our communities, stronger bonds of solidarity between peoples, and pray for the strength and courage to evaluate our own lives to discover how we can more readily participate in bringing about greater peace in our communities. 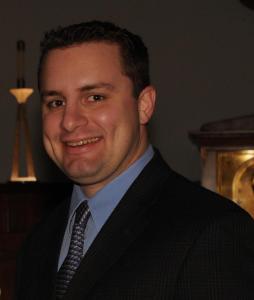 Mark Schmidt is Director of the Office of Respect Life and Social Justice in the Archdiocese of Dubuque.

This post was adapted for ToGoForth. Read the original version at The Witness.

Going Deeper! Learn about how parishes in one part of the country are engaging in dialogue through Sacred Conversations on Race (+ Action). Visit WeAreSaltAndLight.org for helpful resources like “A Guide to Dialogue on Difficult Issues” and “Encouraging Civil Dialogue.”