On "Pacem in Terris" Anniversary, Riding the Wave of Peacemaking and Human Rights 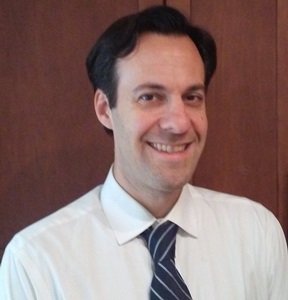 This April marks the 55th Anniversary of Pacem in Terris (1963), which was a remarkable encyclical and breakthrough in Catholic Social Teaching. Like Pope Francis today, Pope John XXIII was drawing the Catholic Church to a more pastoral approach. He was also expressing a key development: a deeper sense of our sacred, human dignity that legitimates a broader set of human rights. This shift to human rights corresponded with more appeals to Christian virtue, which set the stage for Vatican II’s call of all people to holiness. These important shifts were in part enabled by the Pope’s focus on peace. We are still living in the transformative wake of these shifts.

What insight does this encyclical offer us today? One significant element is the call to better ensure social and economic rights, such as a just wage, the right to form unions, racial justice, and pay equity between women and men. Pope John XXIII called “these rights and duties universal, inviolable, and inalienable” (no. 9). Thus, we should ensure that workers in our dioceses and our communities are getting a just/living wage in accord with the local cost of living. We can calculate the living wage for any county in the U.S. here. As we work to ensure these wages in policy, we can also encourage higher paid workers to express solidarity by sharing some of their income with lower paid workers to help them get closer to and achieve a living wage.

A second significant and interconnected element is the call to peace and away from armed force or violence. Pope John was very clear about this issue as he read the signs of the times. Disagreements, he wrote, “must be settled in a truly human way, not by armed force nor deceit or trickery” (no. 93). Further, he noted that “violence has always achieved only destruction, not construction; the kindling of passions, not their pacification; the accumulation of hate and ruin, not the reconciliation of the contending parties. And it has reduced us to the difficult task of rebuilding, after sad experience, on the ruins of discord” (no. 162). Thus, “justice, reason, and consideration for human dignity and life urgently demands that the arms race cease” (no. 112) because “peace depends not in equality of arms but in mutual trust alone” (no. 113). Therefore, he proclaims that “it is contrary to reason to hold that war is now a suitable way to restore rights” (no. 127). Today, Pope Francis has picked up these insights with his World Day of Peace Message in 2017, “Nonviolence: A Style of Politics” which called us to “embrace Jesus’ teaching of nonviolence,” and “become nonviolent people,” along with his more recent call to integral disarmament.

Some practical ways we can live out these insights include the following. We can equip our diocese, schools, families, and broader community in the habits and skills of active nonviolence so that we are better prepared for engaging conflict constructively. These might include training in nonviolent communication, active bystander intervention, unarmed civilian protection, restorative justice circles, nonviolent direct action, community organizing, etc. We can also educate these groups better in Gospel nonviolence, as St. Camillus parish in Silver Spring, MD is doing.

Another practical way to live out these insights is in the sphere of advocacy to change social structures. This can include direct advocacy and voting for candidates that will increase funding for peacebuilding (ex. Complex Crisis Fund) and restorative justice processes, as well as decrease our enormous Pentagon spending and end war. We can also advocate for police departments to require substantial, ongoing de-escalation training and to pilot some unarmed police units as they already have as the vast majority of police in Britain, Norway, Scotland, New Zealand, Ireland, Iceland, and 12 of 16 Pacific Island nations.

I hope we will sense Jesus’ heart calling us to participate in some of these and other creative ways. Peace be with you!