Earth Day and Laudato Si’: Catholics Rising to the Challenge 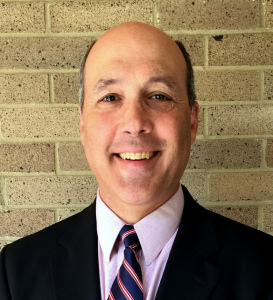 In 1970, people around the world celebrated the first Earth Day to demonstrate a shared commitment to care for our world. Forty-eight years later, Earth Day continues to be an occasion for people—including Catholics—to reaffirm their dedication to protect the systems and resources upon which we all depend.

The commitment to care for creation is nothing new for Catholics. It is as old as Genesis, where we learn that humans are to be stewards who “cultivate and care for” God’s creation (2:15).

Today, it is clear that we have not done a great job caring for our common home and we find ourselves despoiling the very home upon which we depend. Especially since Saint John Paul II’s 1990 World Day of Peace Message, the Church—including the U.S. Catholic bishops—has repeatedly emphasized that ecological degradation compromises our ability to protect human life and dignity, exercise a preferential option for the poor, and promote the common good. This is especially true when the effects of climate change—deeper droughts, epic flooding and rising sea levels—impact food and water systems and add to the migration of peoples. Sadly, these impacts are mostly born by those who have historically done least to cause the problem and lack adequate resources to respond: the poorest and most vulnerable people.

Humanity has a closing window of opportunity to act and avoid irreversible, runaway climate change that would radically alter civilization. The National Oceanic and Atmospheric Administration warns that unchecked global warming could raise sea levels 10-12 feet by 2100—enough to submerge U.S. coastal cities like New York, Boston and Miami as this tool shows. The choices we make today, especially around energy use and conservation, will impact millions of people at home and around the world.

How Catholic Institutions Can Help

Climate change is a systemic challenge that requires systemic solutions. Imagine if all 70,000 Catholic-owned buildings in the U.S. —parishes, schools, hospitals, universities, etc.—dropped their energy use by 10%, a level that is easily within reach through common sense solutions: retrofit projects, efficiency initiatives and renewable energy.  The U.S. Catholic Church has tremendous potential to rise to the challenges of Laudato Si’ and re-shape not only American energy economics, but social attitudes leading to a greater awareness of and appreciation for our common home. These energy projects are quadruple-win programs: reduce energy, create jobs, save money, use the savings for mission-related activities.

However, we know that facilities staff and key decision makers often do not pursue such projects because they lack the time, distrust vendors, or don’t believe they can afford it. The Catholic Energies program helps overcome these obstacles by providing comprehensive technical, financial and theological expertise to help Catholic institutions faithfully invest in energy efficiency projects to reduce energy waste; buy cleaner, cheaper energy; and install renewable energy and storage systems.

In 1990, Saint John Paul II warned that the “’greenhouse effect’ has now reached crisis proportions as a consequence of . . . vastly increased energy needs,” and stressed that “the ecological crisis is a moral issue” (no. 6, emphasis in original). Nearly thirty years later, programs such as Catholic Energies can help Catholics act on their faith to care for creation, protect human lives and dignity, and save money which can be used in other areas of ministry. This year, Catholic Climate Covenant encourages you to implement our Earth Day program and deploy the Covenant’s Catholic Energies program in your parish or Catholic institution. By doing so, you can do your part to help care for our common home.