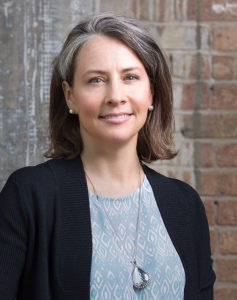 Ending capital punishment in the United States is within reach.  We are living in a moment in history when it is possible to both glimpse the death penalty’s downfall and experience its cruel grip at the same time.  The movement to end the death penalty is steadily growing and Catholics have the power to significantly embolden it in the United States.

Glimpses of hope can be seen in the five people exonerated and released from death row in 2017, bringing the total number of exonerations to 161.  Last year for the first time since 1974, Harris County, Texas--the country’s most egregious user of the death penalty--neither executed nor sentenced anyone to death. Public support for the death penalty is on the decline and measuring at its lowest level in 45 years.  Death sentences and executions are among lowest in history.  The death penalty is on its way out.

But we aren’t there yet.  The death penalty’s dark shadow surfaced just last month when three states--Alabama, Florida, and Texas—for the first time in a decade scheduled executions on the same day.  Recent repeal efforts in Utah and Washington State failed.

Capital punishment hangs on and snuffs out all possibility for restoration and redemption in the 31 states that have it.  We still have a lot of work to do. Capital punishment won’t end in the United States without a persistent demand from Catholics that there is a better way.  Last October, Pope Francis reminded us that the death penalty “heavily wounds human dignity.”  During his historic visit to the United States in September 2015, Pope Francis shared inspiring words for working to confront our broken criminal justice system: “I also offer encouragement to all those who are convinced that a just and necessary punishment must never exclude the dimension of hope and the goal of rehabilitation.”  The resurrection hope that our Holy Father speaks of is the strength we need to end the death penalty once and for all.

Catholics are playing a significant role in the declining public support for capital punishment.  Catholics are influencing legislators, speaking out in the media, and bearing public witness to end the practice.  At the beginning of 2018, when the Washington State legislature considered a repeal during its 60-day legislative session, Bishop Daniel Mueggenborg, from the Archdiocese of Seattle, offered a compelling testimony before the state legislature. A tireless advocate and inspiring activist in that state, Sr. Joan Campbell, mobilized her own grassroots network to contact key legislators and push for repeal.  Washington’s Catholic Conference and Catholic Mobilizing Network collaborated closely to mobilize thousands of Washington Catholics to contact their state legislators to urge repeal.  Washington State moved farther than ever in this year’s initiative and registered a clear advance toward state abolition.

The state of Louisiana is set to consider a repeal of capital punishment as its spring legislative session begins. Archbishop of New Orleans, Gregory Michael Aymond, recently released a short video calling on Catholics to join the work to end the death penalty. And pro-life directors from each of Louisiana’s 7 dioceses gathered for a briefing about how to educate and empower parishioners to advocate for passing the legislation. Much progress has been made. But we’re not there yet. The work of ending the death penalty will take all of us, at every level in the Church.

Going Deeper
Catholic Mobilizing Network recently launched Faith and Action First Fridays, a simple tool developed to point Catholics to the areas where they can have the most impact in the death penalty debate.  As a way to bring Christ’s mercy to the broken system of capital punishment, each month CMN will feature timely and useful educational materials, prayers, and advocacy actions for that month.  Your prayers and actions will amplify the tens-of-thousands of actions made by people around the country who seek an end to the death penalty.