Breaking Down Intercultural Barriers Through Encounter

My husband was working at a parish leading Hispanic Ministry and several times he would have people at the English masses ask him, “How’s ministry going with all those Mexicans?” Being raised in Mexico himself, he was bothered by all Hispanics being lumped together. Comments like these speak to an unfortunate lack of awareness of the diversity within the Hispanic community—and they also point to a deeper issue.

There are very real obstacles to intercultural integration in our parishes and ministries. In the previous posts in this series, we have explored diversity in the Church of the United States, dimensions of culture, and intercultural communications in ministry. Module 4 of Building Intercultural Competence for Ministers challenges us to take an honest look at the obstacles of prejudice, stereotypes, and racism. This module explains what was happening in the situation described above.  It is called in-group, out-group dynamics: “Those we do not know or trust and those who seem different from ourselves in whatever way (e.g. skin color, language, customs) constitute the ‘out-group.’  We judge these individuals by different standards than those we use for our own group” (BICM, p. 22).  Some of the common ways we judge the “other” are named in Module 4: generalizing, demonizing, colonizing (seeing them as children), trivializing differences, and making them invisible.

I have found that these dynamics are usually subtler than in my opening story, but they are very much present. I remember that when I first started meeting Latin American immigrants I was surprised at the level of prejudice they had towards other Latinos from different countries or socioeconomic levels. But if I take a moment to analyze my own tendencies, I can see these in-group, out-group dynamics at play inside of me as well. I can easily generalize about a group that I don’t know and yet see all sorts of differences within my “in-group.” I recognize a lot of differences even among European Americans from different socioeconomic realities or geographical areas I’ve lived in. Someone looking from the outside could simply see people with the same skin color, language, and cultural heritage and group us all together. After recognizing these dynamics at play, it’s easier to understand how unfair it is to lump all Hispanics into one generalization.

It is possible to make progress in overcoming these barriers of prejudice and racism. As Module 4 explains, it takes an intentional and counter-cultural approach that includes breaking the silence and denial that often surround the challenges of racism. One piece of the solution is addressing the racial anxiety described by Fr. Boniface Hardin, OSB: “Our racial anxiety arises from these three areas: fear, ignorance, and guilt—thus, the FIG Complex. Intercultural leaders are called to move beyond fear and anxiety as they lead the Body of Christ into the beloved community of the Fatherhood of God” (BICM, p. 24).

Another powerful way to overcome these obstacles is to encounter the “other.”  I have a friend who is an immigration lawyer and she has shared with me countless stories of U.S. citizens who come to her to find out how to “get papers” for their friend. The faceless, nameless “other” of the undocumented immigrant has now transformed into this faith-filled, hard-working, family friend named Juan. Of course, she has to break the news to them that Juan, like millions of others, has no line to stand in to apply for residency. The point, however, is that we are much less likely to fall into the traps of generalizing, demonizing, trivializing differences, treating the “other” as children or invisible if we have been intentional about spending time encountering people in the “out-group.”

In our parishes and ministries, it will take an intentional effort, starting with the leadership, to overcome our fear, ignorance, and guilt in order to recognize and confront our own prejudices. Only then will we, as people of faith, be able to begin the work to transform the systems and policies that have helped to sustain these in-group, out-group dynamics and historically made it more difficult for certain groups to succeed. By bringing these issues into the light and finding our voice to discuss and transform them together, we will be building up the Body of Christ, the one family of God.

Going Deeper
Visit the USCCB’s webpage on Racism for information on responding to the sin of racism and other helpful resources. 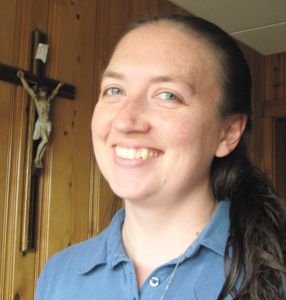 After working in Hispanic Ministry at the diocesan and parish levels in Western Kentucky for 14 years, Patti Gutiérrez now blogs about ministry and offers resources for Catholic ministries at www.patticc.com