A Treasured Encounter: Honoring the Stories of Fair Trade Month 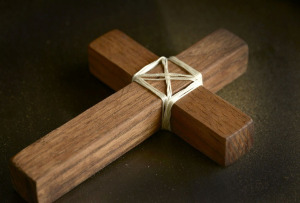 October is Fair Trade Month, a time when we are invited in a special way to reflect on and lift up the dignity and rights of workers throughout the world.  While we are called to make ethical purchases throughout the year, Fair Trade Month provides us with the opportunity to share the stories and the people behind the products. Recently, I was able to hear one of those stories and was reminded of why supporting Fair Trade products is so important.

I was finishing set-up for my display of Fair Trade crafts and chocolates at the Annual Convention of the Palm Beach Diocesan Council of Catholic Women when I placed a sign that read: “My work makes me very happy because it has enabled me to send my daughter to school.”  The sign had a photo of Etia and her daughter, a picture I had taken from the tag of the pond critter planters made in Bangladesh.  Most Fair Trade products from SERRV have a tag that shares a story about the artisan that made it. “I have never met Etia,” I said to myself as I wished that someday I would have the opportunity to meet one of the many artisans who create the products sold in the CRS Ethical Trade/SERRV catalogs.

At that moment, I looked up and I saw a man walking by my booth. For an instant, I thought he was going to be my first customer, but he continued walking as if taking a panoramic view of my display. Then he left.  After a few minutes, he came back and walked from one end of my table to the other end and then walked away again.  Since this was a women’s conference, I gathered he must have been someone’s husband who had come to drop off his wife. But he came back again.

Tariq then proceeded to tell me how a woman named Barbara, who came from SERRV, would come by his father’s shop in Bethlehem every year and buy a large number of crafts from him.  “This helped our family survive financially,” he said. Tariq was in high school when Barbara first came, and she continued to come back every year even while Tariq was in college.  “When I went to study at the Aristotle University in Greece, my dad was able to send me money each month and this helped me to continue my studies,” he added. Tariq emigrated from Greece to the United States after he finished his education. He now resides in Miami where he has his own religious gifts shop named “Bethlehem Treasures.” He was present at the Conference of Catholic Women this day as an exhibitor.

I have been the CRS Diocesan Director in Catholic Charities of the Diocese of Palm Beach since 2011.  From the beginning, I was sold on the principles of Fair Trade that protect the rights of workers and empower the poor and vulnerable by guaranteeing fair wages that allow them to send their children to school. In 2013, I was a member of a Delegation from the United States that visited several CRS programs in Rwanda, including a coffee cooperative that put Fair Trade principles into practice. During this experience, we met the coffee farmers and heard their testimonies, but I had never met someone whose family had been a beneficiary of the crafts that I sell at the CRS Ethical Trade sales.  I never imagined that I would ever meet a beneficiary of Fair Trade whose father could say:  “My work makes me very happy because I have been able to help my son continue his studies at the university.”  This indeed was an encounter that I will treasure and will further motivate my involvement with CRS Ethical Trade for years to come.

As we continue to celebrate Fair Trade Month, learn more and discover how you can support workers, farmers, and artisans like Tariq and his father: 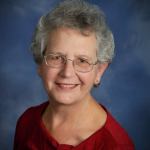