We Need YOU! Add Your Voice to the CSMG through the Diversity Outreach Initiative.

The Catholic Social Ministry Gathering (CSMG) has been bringing a collective voice on issues of poverty, war, injustice, and the promotion of human life and dignity to Capitol Hill for over three decades.  Since its beginning, offices within the U.S. Conference of Catholic Bishops (USCCB) have joined forces with over a dozen Catholic ministry partners, including Catholic Relief Services; Catholic Charities, USA; Catholic Climate Covenant; Society of St. Vincent de Paul; and the National Catholic Partnership on Disability (which I direct) to sponsor this important annual gathering of social justice leaders from throughout the United States.  Through networking, plenaries, and workshops, participants gain an understanding of possible social, political, and cultural transformations and inevitably grow stronger in their Catholic faith as they put it into action.

The Diversity Outreach Initiative (DOI) was established over a decade ago when CSMG planning leaders recognized that important voices were missing from the gathering and visits to Capitol Hill.  These leaders decided to take action to ensure that the CSMG would more fully reflect the rich diversity of the Church. Thanks to the DOI, the Church’s social ministry has been strengthened as we reach out to Catholic ethnic, racial, and disability communities, encouraging members to lift up their voices and share the richness and diversity of their gifts to further our mission.  As part of the commitment to ensure the participation of diverse communities, the DOI offers scholarship funds which cover registration and housing expenses. Since its establishment, the DOI has enabled people of all ages and backgrounds to participate in the gathering, including students, young professionals, and seasoned advocates.

Each year brings more opportunities for DOI participants to enrich the full gathering as they serve as speakers or panelists for plenary sessions, experts in workshop sessions and in various liturgical roles.  Over the years, DOI participants have shared reflections from their experiences during morning prayer.  Several of these past reflections stand out to me:

An exciting aspect of the DOI and CSMG is what happens when people return to their homes with a renewed commitment and heightened understanding of how to effect change in their local communities.  We hear back from students who organized events at their universities to raise awareness and advocate for systemic change.  We learn that anti-poverty advocates challenge the lack of affordable and accessible housing, armed with the resources and lessons learned at the CSMG.  We appreciate the feedback we receive from participants, such as Lauren who shared what attending CSMG meant for her: “I was fortunate to participate in the CSMG as a diversity candidate. It was extremely beneficial to me personally and to my Diocese. Not only did I learn so much about the Church’s position on important issues, but I was able to network and collaborate with my colleagues to plan for more effective dissemination of this information to the people we serve in eastern North Carolina." - Lauren Green, Director of African Ancestry Ministry & Evangelization, Diocese of Raleigh.

Make plans now to join us for the CSMG 2019 from Saturday, February 2 through Tuesday, February 5 at the Omni Shoreham Hotel in Washington, D.C.  Join the conversations on racism and restorative justice, advocacy with Asian and Pacific Island Catholics, restoring a just economy, engaging and accompanying migrants, affordable housing, ending poverty, assisting women in unplanned pregnancies, and ending the death penalty.

Learn more about CSMG here.  If you are a member of a diverse community served through the DOI, consider applying for a scholarship before November 26, 2018! It is time to Act!  Time to Learn! Time to raise your voice for justice!  Join us for CSMG 2019!  We need YOU. 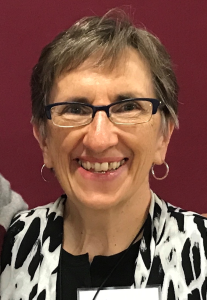 Janice Benton, OFS is the executive director of the National Catholic Partnership on Disability (NCPD) in Washington, D.C. and a professed Secular Franciscan.