A Life Unlike Your Own Can be Your Teacher 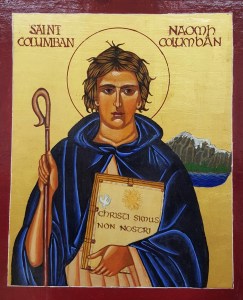 What the world needs from the Church now more than ever is its missionary mindset. By that, I do not mean a new evangelization program. I mean a deeper commitment to the Incarnation.

We often think of the Incarnation as God making Himself known to us, but the opposite is also true. As Mike Gable, Director of the mission office for the Archdiocese of Cincinnati, says: “Before he set off for his own ‘mission trip’ to build God’s reign, Jesus spent 30 years learning how to humbly listen and befriend widows, lepers, and Samaritans. He reflected long and hard on his own cultural experience in prayer with God and his friends before acting.”

Even during his public ministry, we can see Jesus’ attitude of humble listening in action. In his exchange with the Canaanite woman in Matthew’s Gospel, Jesus’ initial remarks to her are harsh, but he genuinely listens to what she has to say and, ultimately, allows himself a change of heart (Mt 15: 21-28). By hearing out the plea of a desperate mom looking to save her sick child, Jesus crossed the cultural divides of his day.

Jesus’ missionary attitude has inspired countless missionaries after him, including St. Columban and the missionary society named after him.

St. Columban (c. 550 – 615) was an Irish missionary who left his home country to preach the good news to continental Europe. First arriving in what’s now modern-day France, he clashed with the local community over thorny cultural differences and rebuked political powers for their immoral conduct. Those powers forced him into exile. He died in Northern Italy on November 23rd, now his feast day.

Former Irish president, Mary McAleese, says of St. Columban: “[he] transcended ethnic, confessional, and political divides by embodying the Christian message that we are all pilgrims on a journey to another homeland . . . [he] was a man who crossed borders—literally and figuratively.”

1,300 years later, his spirit was reimagined as the Missionary Society of St. Columban, a congregation of priests and lay missionaries formally established in 1918. Originally conceived as a mission to China, over the decades it has journeyed to 17 other countries. Today we serve in parishes, but also organize humanitarian projects and work for justice.

One of our Society’s oldest commitments is to migrating people. “Because missionaries move from their own country and culture into another society and culture,” says Columban Fr. Sean McDonagh, “Columbans have been very sensitive to the plight of migrants in the contemporary world.”

While Columbans are intentional migrants, our closeness to forced migrants has been a hallmark of our history. Our early experiences in China were shaped by the devastating floods of the 1920s, which caused massive internal displacement, and World War II, which caused massive continent-wide displacement. In the 16 countries where we currently serve, migration has been an ongoing phenomenon for one reason or another for the last 100 years.

The particular sensitivity that Fr. McDonagh talks about has become a defining feature of our charism. Every day we try to make the empathic leap that Jesus himself made when we encounter the Canaanites of our time. It’s our way of making real an attributed teaching of St. Columban: “a life unlike your own can be your teacher.” 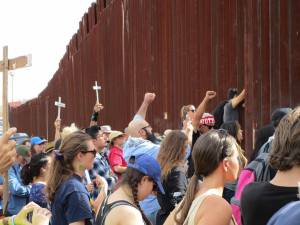 We put this teaching into practice across the world in a number of ways. In the United States, in particular, 30 years ago we decided to walk alongside the people of the borderlands. In the face of violence, we’ve worked with local communities to create parishes of peace and refuge. In the face of economic exploitation, we’ve petitioned governments and organized protests.

Several years ago, we decided to invite others to participate in our border mission. We created the Columban Mission Center to host groups from all over the world to stand in solidarity with migrating people and the front-line communities that welcome them.

One participant said of her experience: “I learned to open myself to God and to open my mind and try to understand the situation of immigrants.” At the border, each of us is invited to follow the example of Jesus speaking with the Canaanite woman. The Columban Center for Advocacy and Outreach, located in Washington, D.C., makes this invitation especially to policymakers in Congress and the presidential administration.

But we do not need to physically visit the border to let a life unlike our own be our teacher. The Columbans encourage people of faith to be missionaries wherever they are. One way you can do this in relation to the borderlands is to download our Border Solidarity Toolkit and engage in its activities for prayer, education, and action.

The world today badly needs a renewed spirit of cross-cultural exchange. We need to be more like the Church’s great missionaries. Not only do cultural differences enrich us and lead us closer to God, but they also allow us to transcend the trivial factionalism that even St. Columban encountered.

“For we are all joint members of one body, whether Gauls or Britons or Irish or whatever peoples [we come from],” St. Columban said, refashioning the words of St. Paul’s letter to the Corinthians (1 Cor 12: 12-27). If you replace Gauls, Britons, and Irish with Americans, Hondurans, and Syrians, this truth won’t look any different. 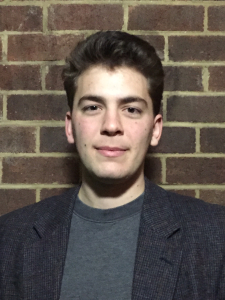 Wesley Cocozello is the Communications and Programs Coordinator for the Columban Center for Advocacy and Outreach (CCAO), a ministry of the Missionary Society of St. Columban in the United States. CCAO works for structural change within the US and is guided by the Gospels, Catholic Social Teaching, and the experience of Columban missionaries standing in solidarity with marginalized communities and the exploited earth.   All quotations featured in this article, unless otherwise noted, are taken from Saint Columbanus: Selected Writings compiled by Alexander O’Hara (2015).