Responding to the Clerical Abuse Crisis: A Season of Discernment at Holy Trinity Parish in Washington, D.C.

As members of the Body of Christ, we stand with and for our sisters and brothers who have been deeply wounded by clerical sexual abuse.  We also know that the clerical abuse crisis has greatly shaken the faith of many in the Church.  Throughout the country, many have already taken prophetic action towards providing a space for the faithful to process, reflect, and pray, and we want to lift up some of the ways parishes and dioceses are responding to this crisis in an effort to build community and solidarity. The following post is part of an ongoing series that will highlight some of these efforts.

After the tumultuous Summer of 2018, with news of on-going revelations relating to allegations regarding an Archbishop of the Archdiocese of Washington, as well as the numbing effects of the findings of the Pennsylvania Grand Jury Report and other assertions of clerical improprieties, hearts were truly burdened at many parishes throughout this Archdiocese, including those in Holy Trinity Parish in Georgetown. As Father Kevin Gillespie, S.J., Pastor of Holy Trinity, noted, the poetic words of Charles Dickens, from “A Tale of Two Cities,” may well be applicable to the crises afflicting the Catholic Church.

As Father Gillespie, S. J. observed, we do seem to be experiencing one of the “worst of times.”  The question that became central in the life of the Parish was: what can one parishioner or one parish do? As mentioned in a column by the Pastor in the Holy Trinity Parish Bulletin soon after the crisis intensified, it was decided that the Parish should enter into a Season of Discernment whereby hundreds of Holy Trinity parishioners would be engaged in a series of listening sessions to respond to the anguish and anger prompted by the new allegations.

Holy Trinity turned to a process of Ignatian discernment, which has roots in our Catholic tradition and the Spiritual Exercises of St. Ignatius Loyola, to help process and respond to the current crisis. In this way, Holy Trinity was responding from its charism as a Jesuit-sponsored Parish.  In the Ignatian tradition, discernment involves paying attention to our experiences to understand whether they lead us toward God (authentic spiritual consolation) or away from God (spiritual desolation).

Participants’ responses during the listening sessions, as well as feedback received from emails to staff, phone calls, and a form on the Holy Trinity website were recorded, a dedicated team organized them into six thematic categories.  One category was, “What is heaviest in your heart?” which included the feelings parishioners expressed in response to recent revelations.  The other five were action-oriented categories:

The responses, arranged into these categories, were made available on the Holy Trinity website.

As a way of following up on the listening sessions, the parish offered a Prayer Service for Healing and Reconciliation on October 17, 2018. A Parish Pastoral Council meeting, open to all parishioners, was held to discuss further appropriate next steps. As a result, all parishioners were invited to attend a Parish Open Forum in the Parish’s Trinity Hall on Sunday afternoon, November 4, 2018, from 2:30-5:00 p.m. Parishioners were invited to join one of the groups arranged by the thematic categories to plan for possible actions and follow-ups. On November 4, 2018, the Parish Open Forum led by members of the Parish Pastoral Council and the Restorative Justice Ministry started with prayer and guidance on how to determine the best path in response to the challenges of this crisis, and how to respect the insights of all participants in this dialogue. Facilitators invited participants to select one of the above categories and to join an associated breakout group to engage in a smaller group discussion focusing on specific plans and next steps. The breakout groups used the suggested outcomes as a starting point for their discussion, but also provided members the opportunity to weigh the merits of different approaches and to amend or expand on the outcomes.

The next step in the forum was a plenary session in which individual spokespeople for each of the groups presented a brief report to the larger whole of attendees.  They suggested action items that included learning more about church structure, being laity who are empowered by Vatican II, initiating collaboration with other parishes, supporting priests of integrity, being welcoming and supportive to survivors, and ongoing prayerful discernment.

To close the Forum, the facilitators led the participants in a reflection on what were the moments during the discussions when they experienced spiritual desolation or spiritual consolation—a prayer known in the Ignatian tradition as the Examen. Based on the discussions and proposals for further action explored at the Parish Open Forum, the breakout groups have developed detailed recommendations for further review, consideration, and action by parish participants. Each parishioner is encouraged to continue to collaborate in this engagement, by offering reflections on the merits of specific proposals and calls to action. In this way, the views of the parish community will be reflected in concrete recommendations that will serve the Church as we face this crisis, in positive and constructive ways.

As an individual parishioner, this process has accorded each member of the parish community an opportunity to channel feelings of betrayal and disillusionment into fruitful expressions of faith and hope for the authentic reform of Church structures and practices. 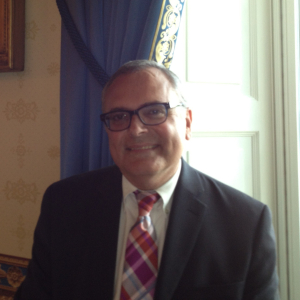 Richard Coll is a parishioner at Holy Trinity Church in Washington, D.C., and a member of its Parish Pastoral Council.