What the Revision to U.S. Catechism means for the Work to End the Death Penalty 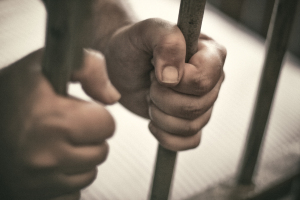 In June, Catholic Bishops from around the United States gathered in Baltimore for the Bishops’ Spring General Assembly. At the top of the agenda was a discussion of the universal Catechism revision announced on August 2, 2018, by the Congregation for the Doctrine of Faith that definitively declared the death penalty “inadmissible” in all cases.  With a vote of 194 to 8 with 3 abstentions, the full body of the U.S. Bishops resoundingly approved this revised passage on the death penalty for the U.S. Catechism for Adults.

For people of faith already invested in the movement to end the death penalty, the news out of Baltimore was joyous confirmation of the Church’s support of abolishing the death penalty. Since they first declared their opposition to the death penalty in 1974, the U.S. Bishops have consistently voiced their concerns for this deeply flawed aspect of our criminal justice system. The death penalty unfairly targets people of color; individuals with intellectual disability and mental illness; and people who are poor and marginalized in other ways. In 2018, more than 70 percent of the people executed displayed evidence of serious mental illness, brain damage, intellectual impairment, or chronic abuse and trauma. Furthermore, since humans are fallible and prone to error, there is always the risk of executing an innocent person. Since 1973, 166 people have been exonerated from death row and cleared of all charges after having been found innocent. Without a doubt, the death penalty unequivocally counters Jesus’ call to care for the least of these and disregards our call to respect the God-given dignity of the human person.

It’s not just the Catholic Church that’s sending the message loud and clear that the death penalty has no place in our country’s criminal justice system. 2018 was the country’s fourth consecutive year with fewer than 30 executions and less than 50 death sentences, reflecting a long-term decline in the use of capital punishment across the United States. Additionally, in the past twelve months, there has been undeniable progress towards abolition:  In October, Washington state’s Supreme Court declared the practice unconstitutional due to its arbitrary and racially biased nature. In March, California Governor Gavin Newsom declared a state-wide death penalty moratorium and shut down the largest death row in the Western Hemisphere. Most recently, New Hampshire repealed its death penalty in May and became the 21st state to scrub this antiquated and cruel practice from its books.

As Catholics, the Bishops’ recent confirmation of the revision in the U.S. edition of the Catechism is a timely opportunity to build a culture of life that is, in the words of Saint John Paul II, “unconditionally pro-life.” While it is true there is much evidence to suggest that the death penalty is on its way out, there are still over 2500 people sitting on death row in the United States. Nineteen executions are scheduled for the remainder of 2019, including four in August alone. On Thursday, July 25th, the Department of Justice announced it will resume executions at the federal level for the first time in nearly 20 years, scheduling five executions to begin at the end of this year and continuing through early 2020. Despite being blatantly out of step with where the rest of the country is headed, these imminent executions are a bleak reminder that the death penalty remains active in the United States and violates our commitment to the dignity of all life.

With the knowledge that there is still work to be done to build a more restorative criminal justice system and with this renewed burst of momentum from the Catholic Church to end capital punishment, you may be asking yourself, “So what now?” Let Catholic Mobilizing Network help. Here are five ways you can take action and join the work for the abolition of the death penalty:

How will you respond to the call of the Pope Francis, echoed by the U.S. Bishops at their June meeting, to get involved in the fight to end the use of the death penalty and build a criminal justice system that honors the dignity of all life? 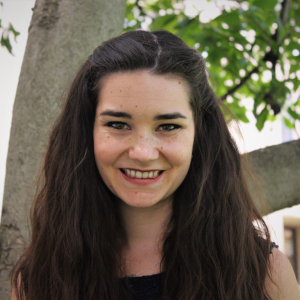 Emma Tacke is the Associate Director of Community Engagement for Catholic Mobilizing Network (CMN), a national organization that mobilizes Catholics and all people of good will to work for an end to the death penalty and transform the U.S. criminal justice system from punitive to restorative. CMN works in close collaboration with the United States Conference of Catholic Bishops and lives the Spirit of Unity of its sponsor, the Congregation of St. Joseph.